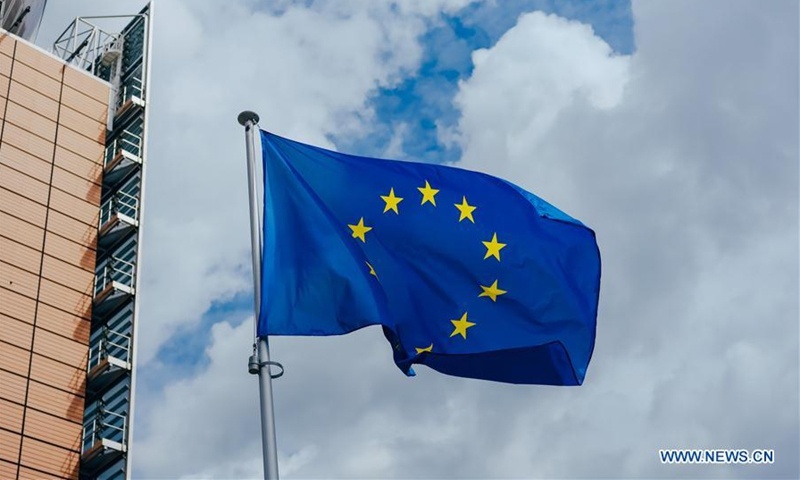 A European Union flag is seen in front of the European Commission headquarters in Brussels, Belgium, July 7, 2020.(Photo: Xinhua)

The European Union (EU) launched an infringement procedure against the United Kingdom (UK) on Thursday over a contentious bill that allegedly breaches the Brexit deal reached by the two sides in January 2020.

The UK has not removed the "problematic part" of the bill, which is "by its very nature a breach of the obligation of good faith laid down in the Withdrawal Agreement," said European Commission President Ursula von der Leyen in a statement.

"If adopted as it is, it will be in full contradiction to the protocol of Ireland-Northern Ireland," she added.

As a first step of the infringement procedure, the commission sent a formal notice to the UK government on Thursday morning, and the latter party has one month to reply.

The British government published the draft internal market bill on Sept. 9. The bill contains contentious clauses which would override measures in the EU-UK Brexit deal, argued the commission.

Brussels had threatened to take legal action against the British government if it does not withdraw the clauses by the end of September.

Despite the requests, the bill was approved by the UK House of Commons on Tuesday. It will be brought to the House of Lords in due course.