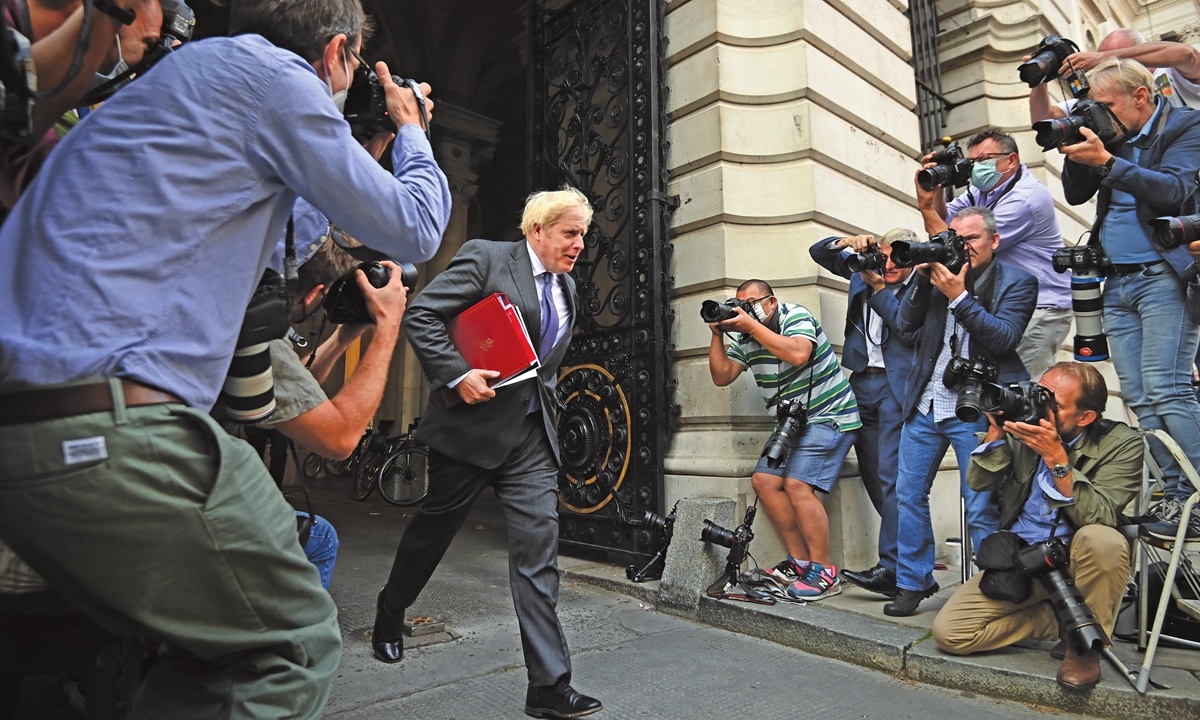 The EU launched legal proceedings against Britain on Monday, alleging that London had broken the protocol of its Brexit divorce agreement covering Ireland.

The battle marks a bitter new setback to cross-Channel relations just two months after the EU and Britain secured a hard-won trade deal and 15 months after the UK's tumultuous split from the bloc.

The EU said this violates the protocol of the 2019 divorce pact that deals with Ireland, one of the most sensitive and fought over issues of Britain's break from bloc membership after 47 years.

A UK government spokesperson said London "would respond in due course" to the lawsuit, while insisting the delays were the kind of "low key" and normal adjustment seen in the early days of any big trade deal.

The Irish protocol was designed to preserve peace on the island of Ireland by preventing the return of a border between the UK territory of Northern Ireland and EU member the Republic of Ireland.

Prime Minister Boris Johnson agreed to the set-up in 2019, but only reluctantly, as it draws a de facto border within the UK and keeps Northern Ireland subject to EU rules on goods.

The letter sent by the EU to the UK began an "infringement procedure" that may end up, after a lengthy process, before the European Court of Justice (ECJ), which may impose fines.

The UK has 30 days to respond to the letter or otherwise see the legal proceedings go one step further.

A second letter could activate a separate dispute settlement mechanism, on the grounds that the UK has not respected international law by delaying the border controls.

This could see the UK, also after a long process, inflicted with tariffs and other retaliatory measures within its trade deal with Europe.

However, the EU invited London to urgently enter talks and resolve the matter by the end of March.

Writing to the UK's Brexit Minister David Frost, EU vice president Maros Sefcovic asked Britain for a detailed "roadmap" with timetable to fix its divergence from the Irish protocol.

Sefcovic said the protocol was "the only viable way to protect the Good Friday Agreement and to preserve peace and stability, while avoiding a hard border on the island of Ireland."

It is the second time the EU has feuded with Britain over the Irish question it had thought resolved.

In 2020, the Johnson government knowingly violated international law and the divorce deal by passing a bill that violated the Irish protocol.

It later withdrew the law, though not without sowing deep distrust among the Europeans.