Medical workers, nursing home residents and politicians are set to be vaccinated against the coronavirus across the European Union on Sunday, part of an effort by the bloc’s 27 nations to roll out shots in a coordinated and equitable fashion. 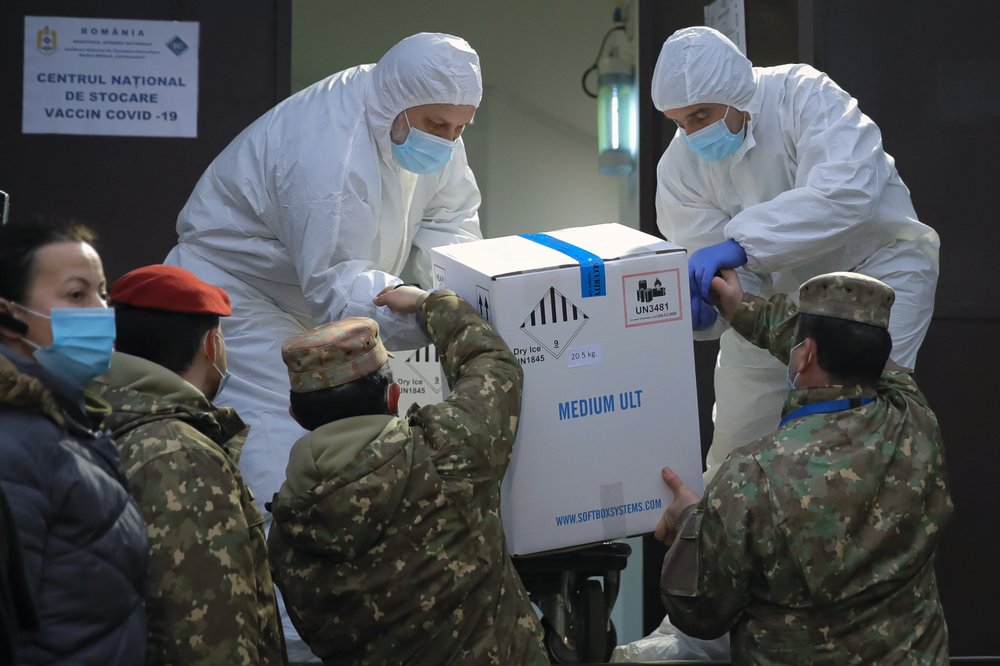 European Commission President Ursula von der Leyen released a video celebrating the vaccine rollout, calling it “a touching moment of unity” in the battle to protect the bloc’s nearly 450 million people from the worst public health crisis in a century.

As it turned out, some EU immunizations began a day early in Germany, Hungary and Slovakia. The operator of a German nursing home where dozens of people were vaccinated Saturday, including a 101-year-old woman, said “every day that we wait is one day too many.”

The rollout marks a moment of hope for a region that includes some of the world’s earliest and worst-hit virus hot spots — Italy and Spain — and others like the Czech Republic, which were spared earlier in the year only to see their health care systems near collapse in the fall. It also should ease frustrations that were building up, especially in Germany, as Britain, Canada and the United States kicked off their inoculation programs with the same vaccine weeks earlier.

Altogether, the EU’s 27 nations have recorded at least 16 million coronavirus infections and more than 336,000 deaths — huge numbers that experts still agree understate the true toll of the pandemic due to missed cases and limited testing.

The first shipments of the vaccine developed by Germany’s BioNTech and American drugmaker Pfizer were limited to just under 10,000 doses in most EU countries, with its mass vaccination programs expected to begin only in January.

Each country is deciding on its own who will get the first shots. Spain, France and Germany, among others, are vowing to put the elderly and residents in nursing homes first.

In Italy, which has Europe’s worst virus toll at over 71,000 dead, a nurse in Rome’s Spallanzani Hospital, the main infectious diseases facility in the capital, will be the first in the country to receive the vaccine, followed by other health personnel.

Poland is also prioritizing doctors, nurses and others on the front lines of fighting the virus. The central European nation was largely spared the surge that badly hit Western Europe in the spring, but has been hit by high daily infections and deaths this fall.

EU leaders are counting on the vaccine rollout to help the bloc project a sense of unity in a complex lifesaving mission after it faced a year of difficulties in negotiating a post-Brexit trade deal with Britain.

“It’s here, the good news at Christmas,” said German Health Minister Jens Spahn. “This vaccine is the decisive key to end this pandemic ... it is the key to getting our lives back.”

Among politicians who plan to get virus shots on Sunday, as a way of promoting a wider acceptance of vaccinations, are Slovakian President Zuzana Caputova and Bulgarian Health Minister Kostadin Angelov.

Meanwhile, the first cases of a new virus variant that has been spreading rapidly around London and southern England have now been detected in France and Spain.

The German pharmaceutical company BioNTech is confident that its coronavirus vaccine works against the new U.K. variant, but said further studies are needed to be completely certain.

The European Medicines Agency on Jan. 6 will be considering approving a second coronavirus vaccine, this one by Moderna, which has already been approved for use in the United States.