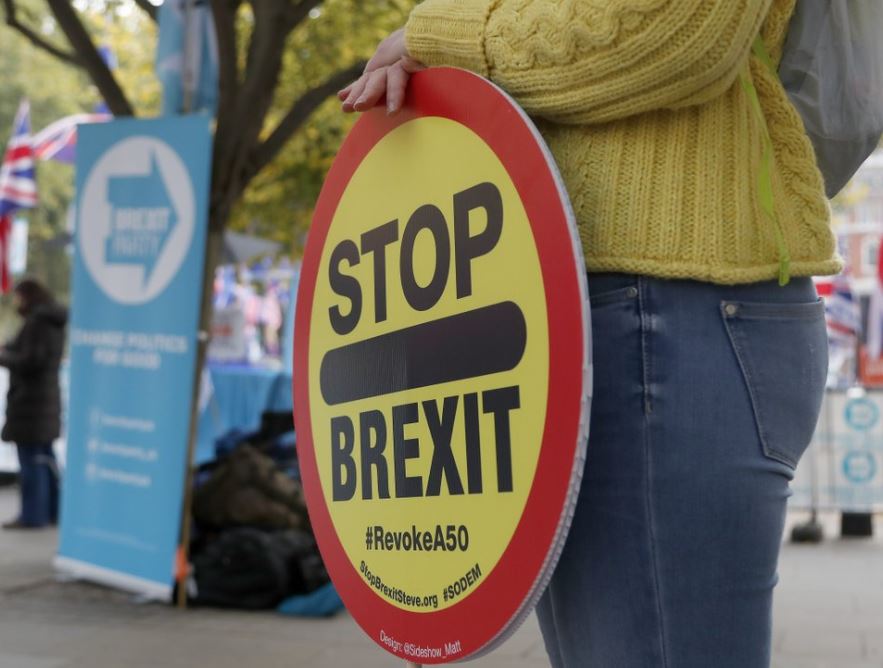 The European Parliament’s chief Brexit official says that a three-month flexible extension of the deadline beyond Oct. 31 is the only option.

Guy Verhofstadt, a member of European Parliament, said after a meeting of EU expert legislators that MEPs would need the necessary time to check the details of the EU-UK withdrawal agreement that British Prime Minister Boris Johnson reached with EU leaders last week.

Verhofstadt tweeted: “A flex tension, not going beyond 31st Jan, is the only way forward.”

British Prime Minister Boris Johnson is insisting he doesn’t want to delay Britain’s exit from the European Union beyond Oct. 31, though he appears to accept that it is going to happen.

The EU is considering whether to postpone the UK’s departure after British lawmakers blocked Johnson’s attempt to fast-track his Brexit bill through Parliament. EU Council President Donald Tusk says he will recommend the 27 other EU leaders approve the request.

Johnson asked for the delay after Parliament ordered him to.

Johnson’s office said the prime minister spoke to Tusk on Wednesday and said “he continues to believe that there should be no extension and that it is in the interests of both (the EU) and the United Kingdom for us to leave on October 31.”

But an email from Johnson to Conservative Party supporters acknowledged the deadline is beyond reach. It was headed “Labour has just delayed Brexit again.”

Chancellor Angela Merkel’s spokesman is making clear that Germany will approve a further delay to Britain’s departure from the European Union, but isn’t saying how long it should be.

Steffen Seibert told reporters in Berlin on Wednesday that “an extension will not fail because of Germany.”

Tusk said Tuesday night that he would recommend that the EU grant Britain’s request for an extension to the Oct. 31 Brexit deadline. If approved, it would be the third delay to Brexit, which was originally scheduled for late March.

Britain is now scheduled to leave the 28-nation bloc on Oct. 31. Prime Minister Boris Johnson’s government has asked for a three-month extension to get his Brexit divorce deal approved by the British Parliament.

In a statement Wednesday, Sassoli said an extension to the Oct. 31 deadline will “allow the United Kingdom to clarify its position and the European Parliament to exercise its role.”

European Council President Donald Tusk has said he will urge the other 27 EU nations to approve Britain’s Brexit delay.