European Union lawmakers on Wednesday endorsed a new travel certificate that will allow people to move between European countries without having to quarantine or undergo extra coronavirus tests, paving the way for the pass to start in time for summer. 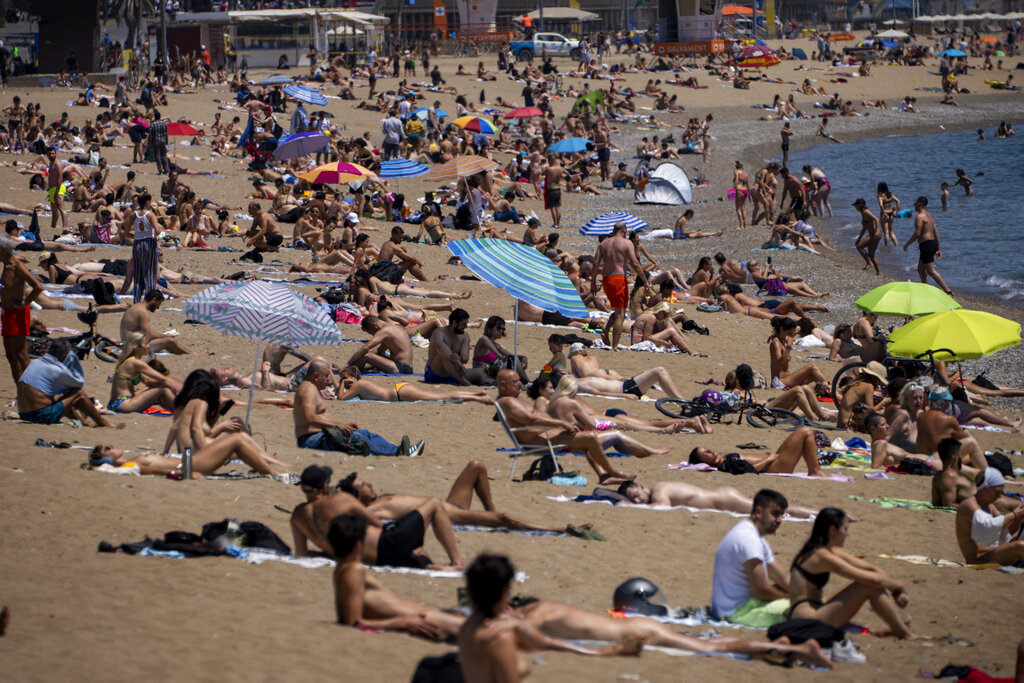 People sunbathe on the beach in Barcelona, Spain, Tuesday, June 8, 2021. Spain is jumpstarting its summer tourism season by welcoming vaccinated visitors from most countries as well as European visitors who can prove they are not infected with coronavirus. (Photo: AP)

The widely awaited certificate is aimed at saving Europe's travel industry and prime tourist sites from another disastrous vacation season. Key travel destinations like Greece have led the drive to have the certificate, which will have both paper and digital forms, rapidly introduced.

Right now, traveling in the EU's 27 nations is a trial for tourists and airlines alike. Countries have various COVID-19 traffic-light systems, where those in green are considered safe and those in red to be avoided. But each nation is applying different rules and standards, making travel confusing for all.

The new regulations governing the vaccine certificates were adopted in two votes at the European Parliament in Strasbourg, France. Rules for EU citizens were passed 546 to 93, with 51 abstentions. Those for people from outside the bloc passed 553 to 91, with 46 abstentions.

The vote must still be rubber-stamped by EU nations, but that's likely a formality.

It means that beginning July 1 for 12 months, all EU countries must recognize the vaccine certificate. They will be issued free and certify that a person has either been fully vaccinated against the virus, has recently tested negative or has recovered from the disease.

The rules will not be heavily enforced for 6 weeks to allow countries to prepare.

The passes will be issued by individual nations, not from a centralized European system. They will contain a QR code with advanced security features. Personal data will not be shared with other countries.

People coming from outside the EU, the overwhelming majority of whom should be vaccinated to enter, will be able to get a certificate if they can convince authorities in the EU country they enter that they qualify for one.