BRUSSELS, May 23 (Xinhua) -- European Union (EU) leaders on Sunday condemned the diversion of an Athens-Vilnius Ryanair flight to Minsk, the capital of Belarus, and warned possible sanctions against Belarus in the EU summit scheduled on Monday. 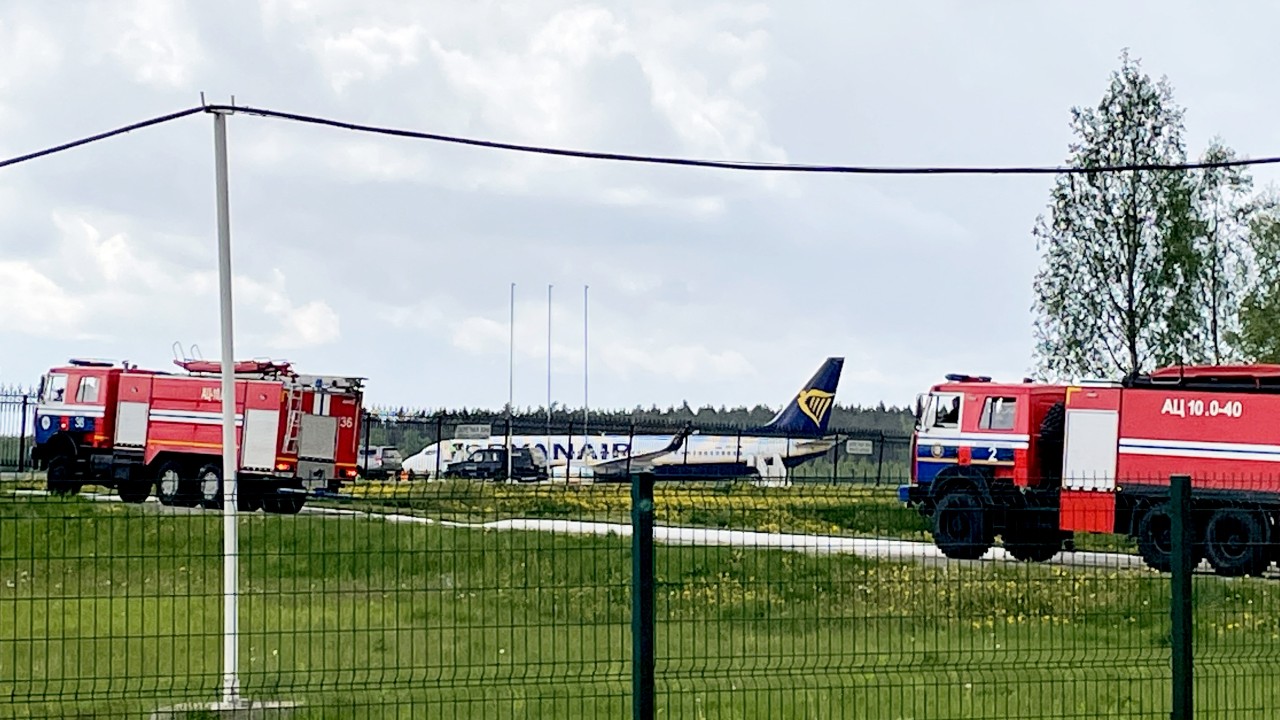 Ryanair Boeing 737-8AS (flight number FR4978) at Minsk International Airport after being diverted from its Lithuania-bound flightpath. (Photo: AFP)

"I condemn in the strongest possible terms the forced landing of a Ryanair flight in Minsk, Belarus, on 23 May 2021," said European Council President Charles Michel in a communique.

Michel said that EU leaders will discuss this "unprecedented" incident on Monday. "The incident will not remain without consequences."

The Irish airline Ryanair said that the flight FR4978 was directed to an airport in Minsk on Sunday as crew on the plane had been alerted to a possible security threat by Belarusian authorities, adding that nothing untoward was found.

The flight later took off again and landed in the Lithuanian capital at 9:25 p.m. (1825 GMT) Sunday night after the detour.

"It is utterly unacceptable to force Ryanair flight from Athens to Vilnius to land in Minsk," said European Commission President Ursula von der Leyen on her Twitter account.

Greek Prime Minister Kyriakos Mitsotakis also said on Twitter that the event is "an unprecedented, shocking act," calling for EU action to "step up pressure on Belarus. Enough is enough."

NATO chief Jens Stoltenberg has also tweeted on Sunday that "This is a serious and dangerous incident which requires international investigation."