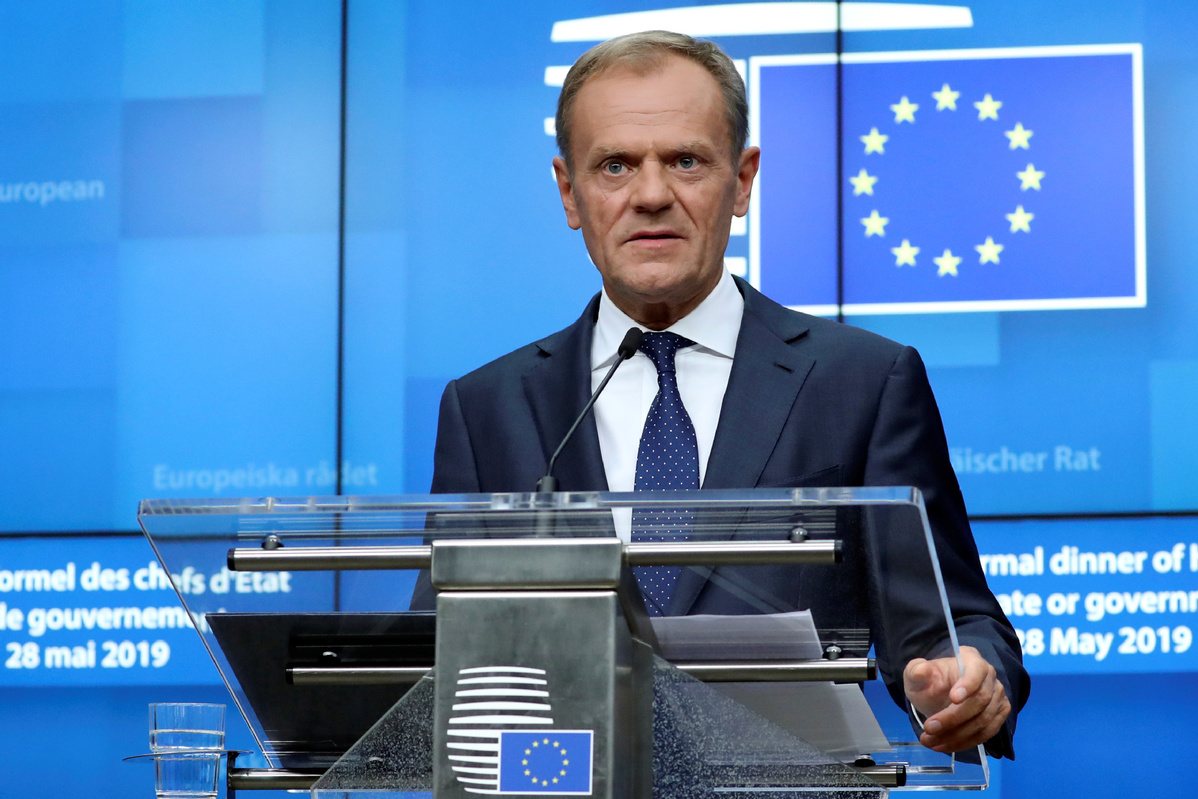 During a press conference following the leaders informal dinner, Tusk told reporters that the discussion confirmed the agreement reached by the leaders in February last year, that "the European Council will exercise its role when electing the Commission president, meaning -- in accordance with the Treaties --that there can be no automaticity."

"At the same time, no-one can be excluded: being a lead candidate is not a disqualification, on the contrary, it may increase their chances. The Treaty is clear: the European Council should propose, and the European Parliament should elect," he said during the press conference.

"Therefore, the future President of the Commission must have the support of both a qualified majority in the European Council and a majority of the Members of the European Parliament," he noted.

The landscape of European politics is changing as far-right and nationalist politicians made strong gains in the European Parliament elections although parties committed to strengthening the Union retained over two-thirds of the seats.

This year's elections saw a record-high turnout as nearly 51 percent of the 426 million eligible voters in the 28-member bloc voted from May 23 to 26.

"We are very happy about the turnout, which was the highest in 25 years. This proves that the EU is a strong, pan-European democracy, which citizens care about. Whoever will lead the European institutions, they will have a genuine mandate from the people," said Tusk.

Meanwhile, Angela Merkel, German Chancellor, told reporters that tonight's discussion was "harmonious." She said leaders agreed they would try to settle on a nominee for the Commission president by the time of their next summit, in late June.

She said Tusk had been tasked with consulting among leaders and "very closely" with the European Parliament.

Before the leaders started the informal dinner, the current EC President Jean-Claude Juncker publicly showed his support to a president-choosing process --Spitzenkandidat.

"Last time round the Spitzenkandidat I became European Commission President. Should happen this time too," he said on his twitter account.

This long German word essentially means "lead candidate," and refers to a system in which the European political groups put forward one candidate to lead their list of candidates. This makes the Spitzenkandidat something of the "face" of a political group's campaign.

Juncker was the first European Commission president to be elected in this way, as the Spitzenkandidat for the European People's Party political group in 2014. He may also be the last, however, since not all EU leaders are agreed that the system should continue.

French President Emmanuel Macron is one of the recent leaders to suggest he would not support the approach, saying at a news conference in Sibiu, Romania, on May 9, that he didn't "feel bound at all by the principle of Spitzenkandidat." Macron was joined by Luxembourg's prime minister Xavier Bettel in showing some doubt about the system.