BRUSSELS - European leaders met at a video conference on Friday, discussing an ambitious fund to help the European economies recover from the COVID-19 pandemic. But no consensus was reached. 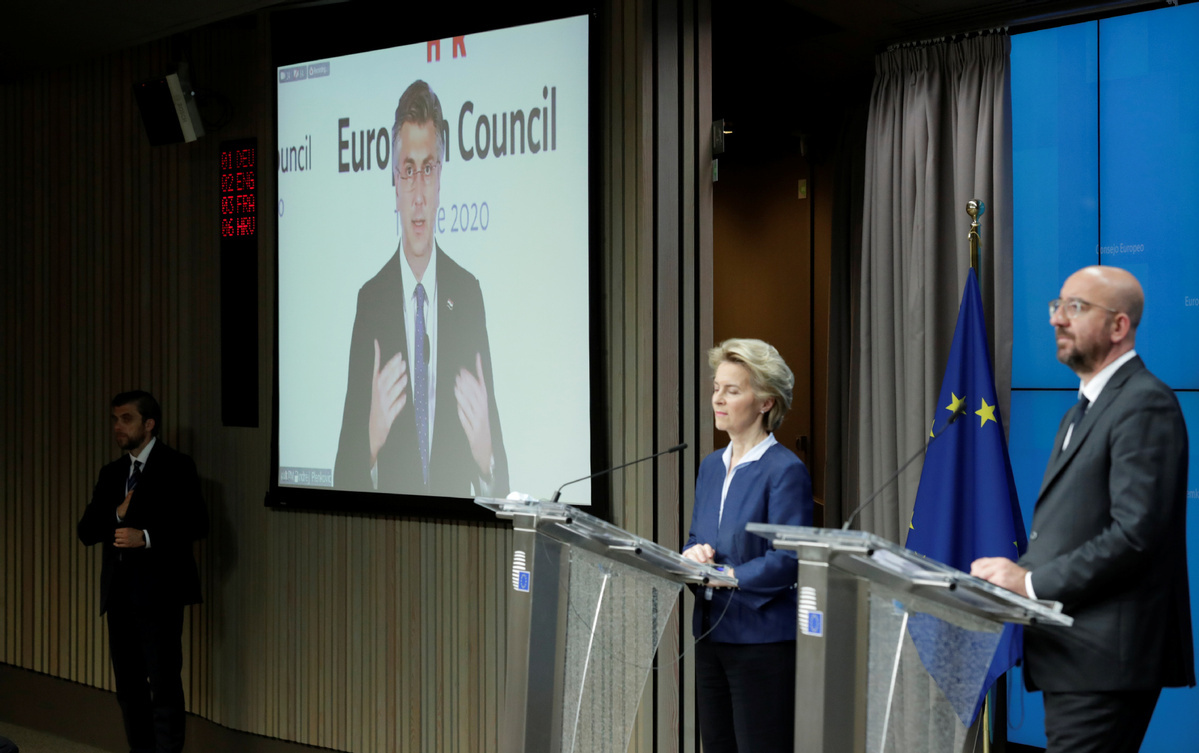 The heads of state and government of the European Union's member states hopefully will meet again physically in July to address their differences, President of the European Council Charles Michel told media following the video conference.

"It was the first occasion to discuss, at the level of the leaders, the proposals" put on the table by the European Commission, said Michel, referring to the Recovery Fund, which is combined with the EU's long-term budget for the next seven years.

"There is an emerging consensus, which is very positive, but at the same time, we don't underestimate the difficulties. And on different topics we observe that it is necessary to continue to discuss," Michel added.

"Now we shift to another phase, we will negotiate. I welcome the readiness to engage. I am totally committed to starting immediately real negotiations with the Member States," Michel said.

For her part, European Commission President Ursula von der Leyen urged all member states to make quick decisions on the proposal prepared by her workmates.

Echoing von der Leyen, the President of European Parliament David Sassoli said "our citizens expect bold action. Now it is time for us to deliver."

But Sassoli underlined the importance to revise the recovery plan in some ways. "Parliament is keen to stress that any common debt issued must be repaid fairly, without burdening future generations," he said.

On May 27, the European Commission proposed borrowing 750 billion euros (838 billion U.S. dollars) in its name from the financial market to help the world's largest trading bloc recover from a recession due to the coronavirus pandemic.

To pay for the recovery proposal, Brussels anticipates creating new own resources from taxes on large businesses, technology companies and carbon emissions, which could also be politically difficult.