BRUSSELS, June 21 (Xinhua) -- European Union (EU) leaders on Friday failed to reach a deal on candidates for the bloc's top jobs and announced that they will meet again on June 30 to try again. 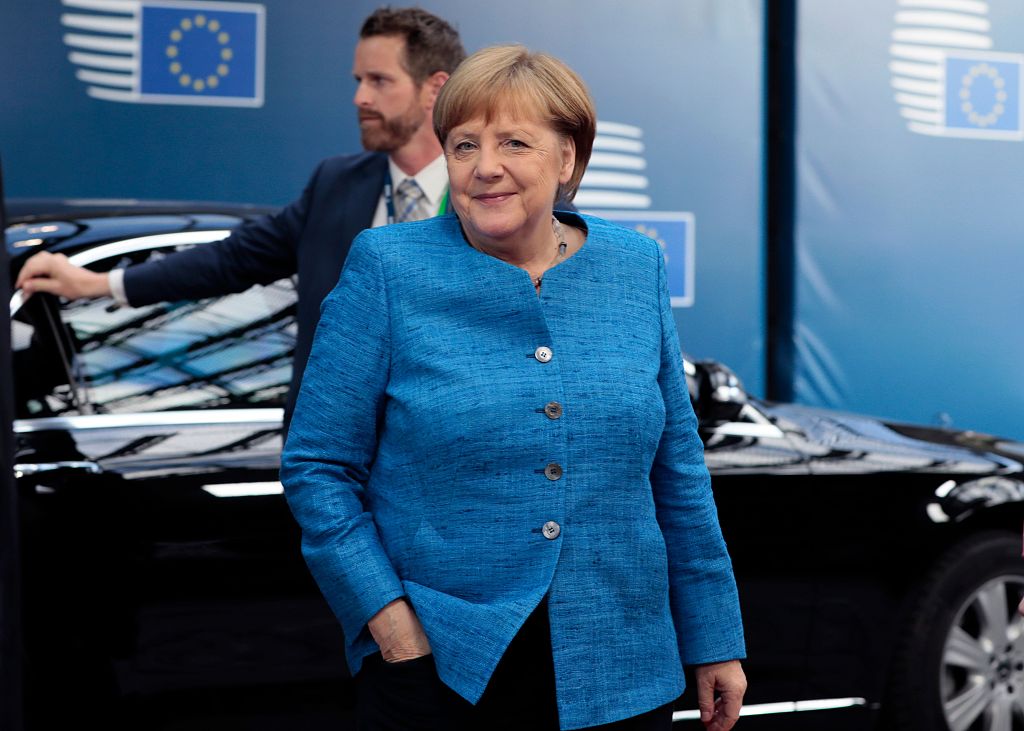 Germany's Chancellor Angela Merkel arrives for an EU summit at the Europa building in Brussels, on June 21, 2019. (Photo: VCG)

The successor to European Commission President Jean-Claude Juncker as the head of the EU executive is the key leadership role in Brussels.

Five years ago, a marathon negotiation lasted through the summer with a final decision reached in late August. Juncker finally claimed the EU throne with the help of the so-called "spitzenkandidaten system."

However, the European Elections in May had greatly shifted Europe's political landscape, with the traditional duopoly -- the centre-right European People's Party (EPP) (Juncker is a member) and the centre-left Social and Democratic Group -- lost their jointly enjoyed comfortable majority, and consequently lowered the competitiveness of their lead candidates Manfred Weber and Frans Timmermans.

German Chancellor Angela Merkel said President of the European Council Donald Tusk had reported there was no majority for any of the three candidates, but left open the possibility that the situation could change.

She admitted that the main center-right and center-left parties no longer control a sufficient number of seats in the parliament to reach a deal and must now reach wider to form a pro-EU majority coalition, which will include at least the Liberals and probably the Greens.

"Of course, we want a common solution with the European Parliament," she said at a brief news conference following the working dinner of European leaders.

"I can only give a final answer to your question at the end of the process. But this is a situation that presents us with challenges, of course -- that's very clear," she said.

Echoing Merkel's words, Dutch Prime Minister Mark Rutte said earlier in the day that "there's currently no majority for any of the leading candidates," but this was only a "half-time score."

On the European parliamentary level, the EPP held its own summit Thursday ahead of the EU summit. Prior to his group's summit, Weber tweeted "EPP Summit today before EUCO. Great unity, strong commitment to the Spitzenkandidat system, ready to fight for a better Europe."

But according to Politico, the liberal and social democratic group heads formally told Weber that he will not get their votes, citing Greens Co-chairman Philippe Lamberts.