European Union leaders failed to reach deal on candidates for the bloc's top jobs early Friday and announced a special summit for June 30 to try and break the deadlock. 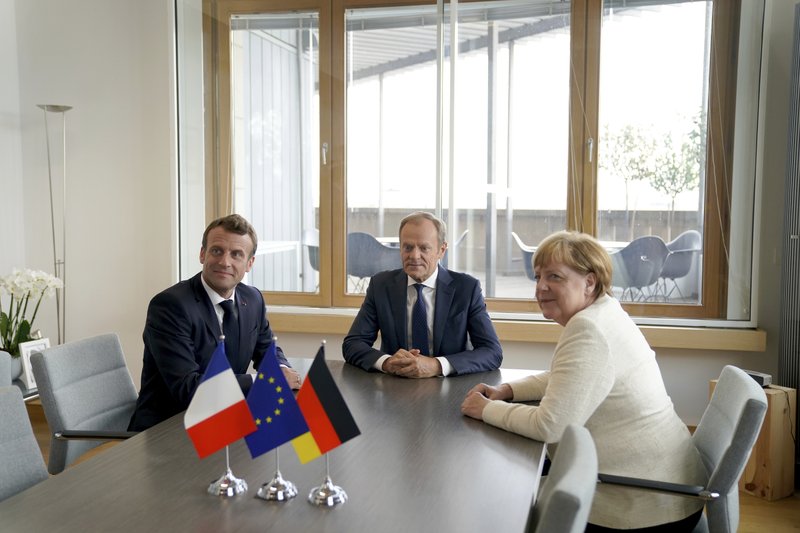 After a full slate of secretive huddles among top leaders, the EU summit ended without any solution on who will get a half-dozen coveted jobs in the 28-nation bloc.

"All the names are still on the table but I am positive we will find a solution next Sunday," June 30, said Estonian Prime Minister Juri Ratas.

German Chancellor Angela Merkel and French President Emmanuel Macron had said it was better to wait a few more days and continue talks than to make hasty decisions.

The bloc's leaders gathered after May's EU parliament elections, determined to quickly wrap up the politically charged process of choosing the next president for the European Council and the head of the bloc's powerful executive arm, the European Commission, plus other senior jobs.

But even before their two-day summit in Brussels started, Macron had cast a pall over the deliberations, saying upon his arrival at EU headquarters that no confirmed names might emerge this time around.

Under EU rules, the member countries choose who will run the commission, replacing current leader Jean-Claude Juncker. The European Parliament must endorse that choice. But the assembly has been trying to play hard ball, insisting that only the party leader candidates who ran in last month's elections should be eligible for the post.

But that principle has been questioned by Macron, whose party has joined forces in a new free-market liberal group in the assembly bolstered by the European Parliament election results, and set him on a collision course with German Chancellor Angela Merkel.