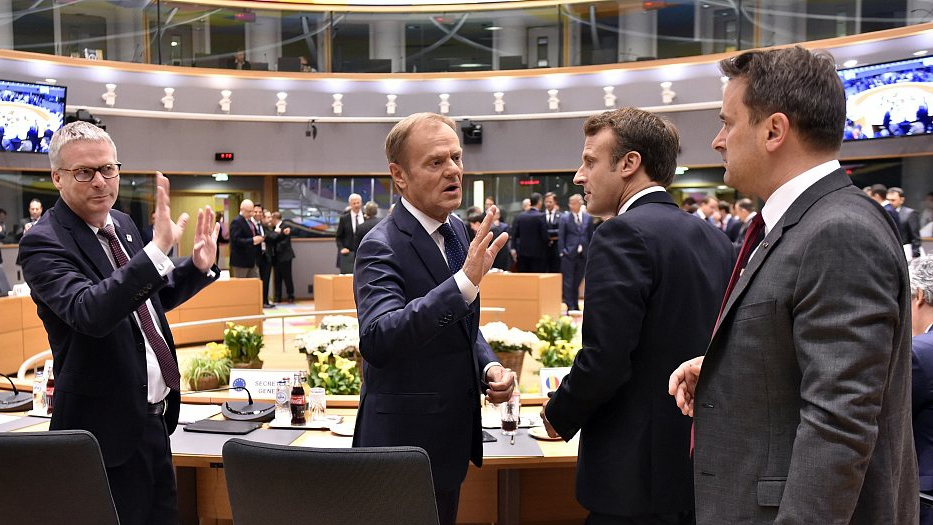 In a closed-door meeting, with cellphone signals jammed and aides barred, the leaders of the European Union member states debated the allocation of the bloc's top jobs into the early hours of Friday morning in Brussels.

In making a decision, the 28 must weigh their own national concerns, the imperative of balancing geography and giving both small and big countries representation, satisfy the political demands of a majority in the European Parliament, and ensure gender diversity in the EU's leadership.

Back in 2014, the last election cycle, haggling over the EU leadership took three months after the center-left and center-right groupings won a combined majority in the parliamentary polls. In the 2019 polls there was no such majority.

That vote fragmentation – with four groupings now seeking big jobs – looks to have killed the Spitzenkandidat process by which Jean-Claude Juncker became European Commission president five years ago, the most powerful position in the bloc, as the lead candidate for the biggest group.

It has also raised fresh questions over an EU democratic deficit, a longstanding charge, and the processes by which leaders are chosen.

The European Parliament elections are the second biggest democratic exercise in the world and in the May polls there was a surge in voter turnout as engagement among young people increased, with a particular focus on climate change.

Yet the leadership – the individuals who will negotiate with world leaders, or set monetary policy for the 19 members of the eurozone – will be chosen largely behind closed doors, with endorsement from the parliament on the Commission post.

European Council President Donald Tusk on Friday defended the system, saying "The processes, I think, were pretty transparent. Sometimes I feel maybe too transparent to be productive... sometimes what I feel is that the public knows more about the possible candidates and names than me."

However, the shade of democratic accountability created by the Spitzenkandidat process has now been all but abandoned and, as French President Emmanuel Macron said after this week's talks in Brussels, directly electing top officials may happen one day but isn't on the immediate agenda.

Macron has been at the forefront of attempts to make changes to the bloc, pushing a plan for pan-EU elections for a proportion of the parliamentary seats as part of a broader reform agenda which has so far had little traction.

The French president has also been the most vocal opponent to Spitzenkandidat, and particularly the candidacy of Manuel Weber – the frontrunner if the process were followed. Weber has been backed by German Chancellor Angela Merkel, his compatriot and fellow European People's Party member, but now appears to have little chance a top post.

The split between Macron and Merkel over Weber, and the reform direction of the EU, will need to be addressed to unlock the current stalemate.

Discussions now move from Brussels to Japan, where several of the EU leaders will gather for the Osaka G20 summit on Friday and Saturday.

On the sidelines, negotiations will continue before the leaders return to Brussels for an emergency summit scheduled for June 30.

Days later, on July 2, the new European Parliament will convene and elect its president. The clock is ticking for compromises to be made and deals done.

But as the lobbying and haggling continues, and challenges from Brexit to trade conflicts intensify, the best hope for a breakthrough looks to be a deal between Macron and Merkel – maybe even in Japan.