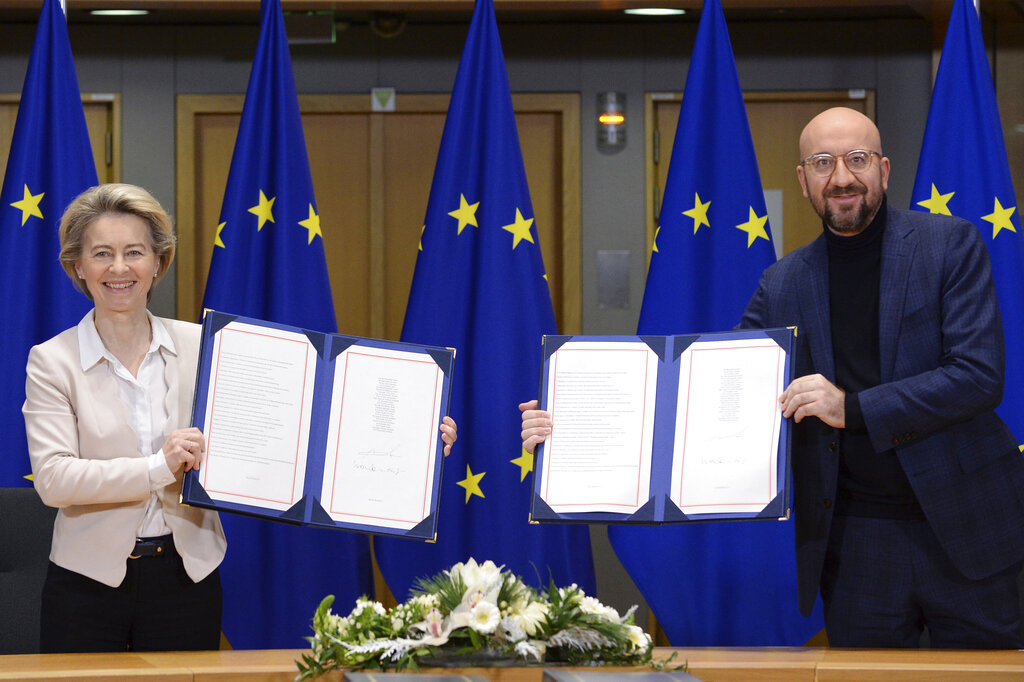 The signed documents are to be transferred to Britain to be signed by British Prime Minister Boris Johnson later on Wednesday, one day before the 11-month Brexit transition period expires.

"The agreement that we signed today is the result of months of intense negotiations in which the European Union has displayed an unprecedented level of unity," Michel said in a press release.

"It is a fair and balanced agreement that fully protects the fundamental interests of the European Union and creates stability and predictability for citizens and companies," he added.

Reviewing the future partnership, Michel named climate change, a global response to the pandemic and foreign affairs as major challenges for bilateral cooperation.

It took four and a half years of tough negotiations for Britain, the EU's third largest trading partner in goods after the United States and China, to break away from the bloc.

"It has been a long road. It's time now to put Brexit behind us," Von der Leyen tweeted on Wednesday. "Our future is made in Europe," she said.