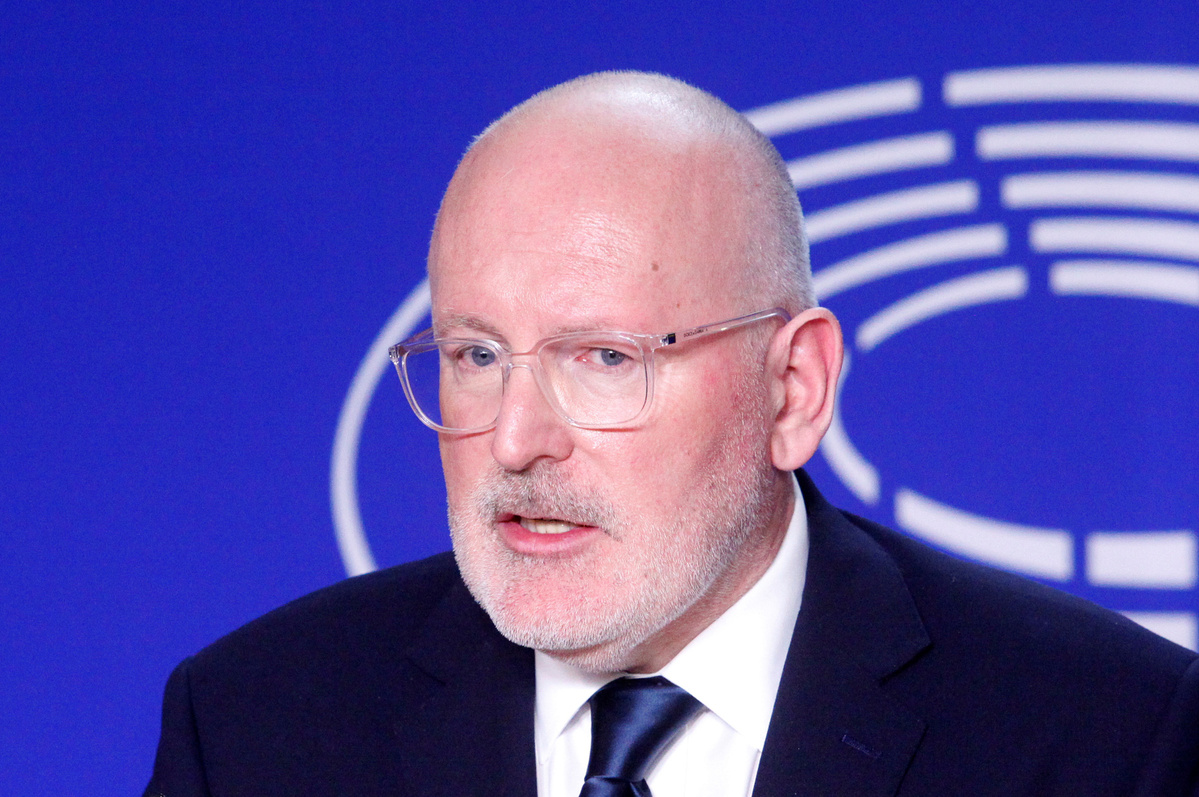 Frans Timmermans of the Party of European Socialists (PES) reacts during a press point after a debate which is broadcast live across Europe from the European Parliament in Brussels, ahead of the May 23-26 elections for EU lawmakers, in Brussels, Belgium May 15, 2019. (Photo: Agencies)

BRUSSELS, June 30 (Xinhua) -- The European Union (EU) leaders from 28 member states are set to convene again to forge consensus over who would hold the bloc's top jobs on Sunday evening in Brussels, with latest media reports suggesting German Manfred Weber likely out of picture and Dutchman Frans Timmermans emerging as the frontrunner to become European Commission president.

A meeting earlier this month failed to produce agreement on a candidate to succeed current European Commission President Jean-Claude Juncker and other leadership positions in the 28-member bloc. It's unclear what results Sunday's get-together would produce.

Over the weekend, the UK's Financial Times and Germany's Die Welt reported that Weber, the lead candidate of the European People's Party group -- the largest group in the European Parliament, would likely not get the nomination on Sunday.

Timmermans, current First Vice-President of the European Commission and the lead candidate of the Party of European Socialists -- the second largest group in the European Parliament, has emerged as frontrunner under a possible compromise, the FT reported.

According to EU rules, the leaders of 28 EU member states are responsible for nomination. The European Parliament will then vote on the nominee.