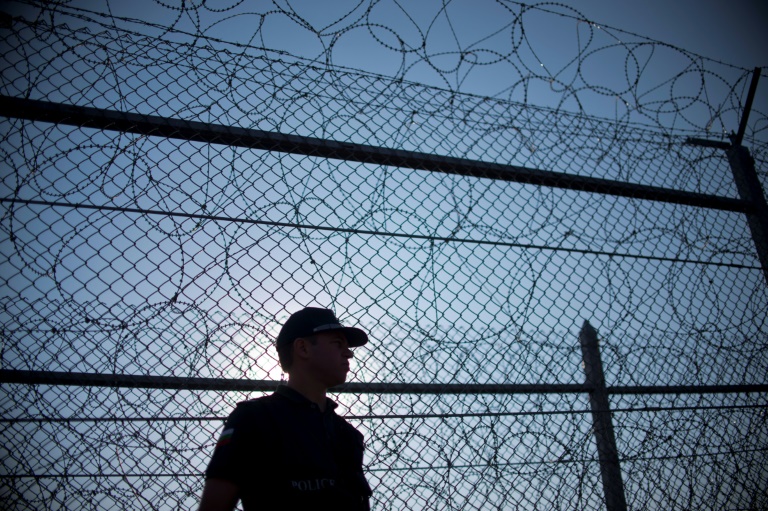 The influx of migrants is causing fresh divisions in Europe (Photo: AFP)

The leaders of ten EU countries including Germany and France will hold crisis talks on migration in Brussels on Sunday to try to find answers ahead of a major summit next week.

German Chancellor Angela Merkel's government coalition is under threat from the issue and there has also been a row over a boatload of migrants rescued from the Mediterranean who were turned away by Italy's new right-wing government.

"I am convening an informal working meeting on migration and asylum issues in Brussels on Sunday, in order to work with a group of Heads of State or Government of Member States interested in finding European solutions ahead of the upcoming #EUCO (European Council)," Juncker said on Twitter Wednesday.

The leaders of frontline states Italy and Greece will also be involved, as well as Austria and Bulgaria, who are the incoming and outgoing holders of the EU's rotating six-month presidency, European sources told AFP.

All 28 European Union leaders are due at their full summit next Thursday to discuss plans to overhaul the bloc's asylum system, which has been under severe pressure since the migration crisis exploded in 2015.

Among new ideas, the EU is considering setting up "disembarkation platforms" outside the bloc to process migrants, according to draft summit conclusions seen by AFP.

But even as numbers crossing the Mediterranean have dropped since then, efforts to reach a consensus have been thrown into turmoil by fresh developments in Europe as countries disagree over who should host new arrivals.

Last week's row over the fate of more than 600 migrants on the Aquarius rescue boat helped thrust the migrant issue back to the top of the EU agenda.

Italy refused to let the vessel dock at its ports, sparking a war of words with Malta and prompting Macron to accuse Rome of "cynicism and irresponsibility".

Meanwhile after allowing more than one million asylum seekers into Germany since 2015, sparking a strong domestic backlash against immigration, Merkel is now fighting for her political future.

Her hardline Interior Minister Horst Seehofer on Monday gave her a two-week ultimatum to reach EU deals with Italy and Greece to allow Germany to turn back asylum seekers who previously registered in another member country.

Macron jumped to the aid of Merkel, his core European partner, saying as they met on Tuesday that he agreed that EU countries must be able to turn back at their borders all asylum seekers who previously registered in another member country, usually their Mediterranean first port of call.

US President Donald Trump -- himself facing an outcry at home over the separation of migrant children from their parents -- also laid into Merkel, claiming that immigration was driving up crime in Germany. Officials said he was completely mistaken.

The United States received more asylum requests than any other developed nation in 2017, overtaking Germany, the OECD said in a report published Wednesday.

Austria's Chancellor Sebastian Kurz on Wednesday raised the spectre of a "catastrophe" similar to the events of 2015 if Europe does not agree a common response.

Kurz's comments came as he and his ministers held a special joint session in the Austrian city of Linz with their Bavarian counterparts from the German CSU party, including Seehofer.

Kurz has said he intends to make migration a key theme when Austria takes up the EU's rotating presidency at the beginning of July and will meet four central European leaders in Budapest on Thursday.

Among them is Hungary's hardline Prime Minister Viktor Orban, the driving force behind the law passed by parliament on Wednesday to criminalise NGOs that help migrants.