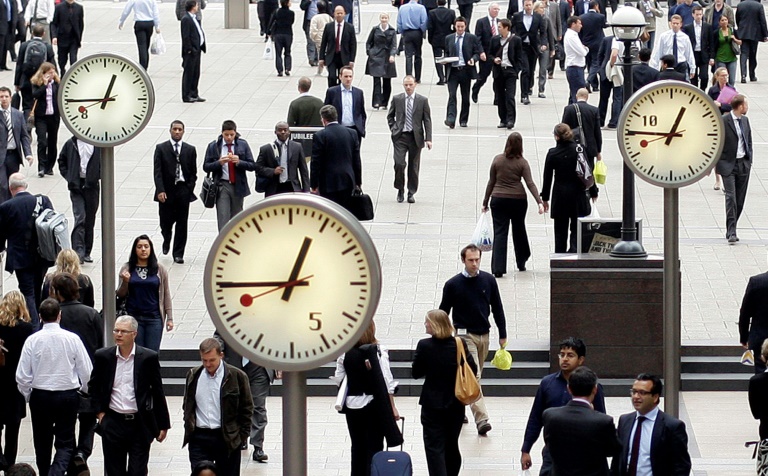 EU transport ministers said the European Commission's proposal to abolish daylight savings time in 2019 was not realistic and that disagreements remained over how to implement the idea (Photo: AFP)

EU transport ministers said Monday the European Commission's proposal to abolish daylight savings time in 2019 was not realistic and that disagreements remained over how to implement the idea.

Ministers highlighted the challenges of implementing the suggestion, which would see an end to the annual ritual of putting clocks forward by one hour in the spring and then back an hour in the autumn.

"If we aim to do this in 2019, as the Commission suggested, this will not be supported by the majority of member states", Austrian Transport Minister Norbert Hofer said at the start of an informal meeting of his EU colleagues in the city of Graz.

European Commission President Jean-Claude Juncker -- whose terms will end next spring -- announced the proposal in August.

The plan, seen as an attempt to demonstrate the Commission was able to react to citizens' concerns, followed an online consultation which generated some 4.6 million responses.

But the proposal could be complicated if neighbouring countries make different choices on whether to stay on summer or winter time permanently.

"We must also be careful that we don't end up with a patchwork of time zones" across Europe, Hofer said on Monday.

Hofer said that Austria had suggested 2021 as a start date for the change, which had met with "broad agreement".

Hofer said that although most member states were agreed on the principle of ending the practice, and that Austria would like to see it done "as soon as possible", 2019 would be too ambitious.

"In certain areas, technical preparations will be necessary... for example the airline industry tell us they need at least 18 months to prepare," Hofer said, later explaining that this was due to the possible impact of timezone changes on airline landing slots that had already been negotiated.

He said that computing businesses had also said they would need time to update operating systems.

While several ministers expressed enthusiasm for ending the practice, others sounded a more cautious note.

"We need a thorough public debate about this... we haven't had that yet so we need more time to get the Danish position on this," said Denmark's Transport Minister Ole Birk Olesen.

"There is not much awareness about the fact that it will have costs whatever we choose," he added.

Hofer said that three countries had expressed skepticism on the principle of the change during the meeting: Poland, Sweden and the UK.

"The British have it easy of course, being on GMT," Hofer noted with a smile.

Even though the UK is scheduled to leave the EU in March 2019, the UK government's stated position to keep daylight savings time could lead to yet another Brexit headache along the Irish border.

If Ireland were to follow its EU counterparts, it would lead to a time difference being created across the border between Northern Ireland and the Republic during one half of the year.

Proponents of daylight savings time say the longer evening daylight hours in the summer help save energy and bolster productivity.

However, Hofer said that energy savings had been minimal and that the twice-yearly change also has negative health impacts.