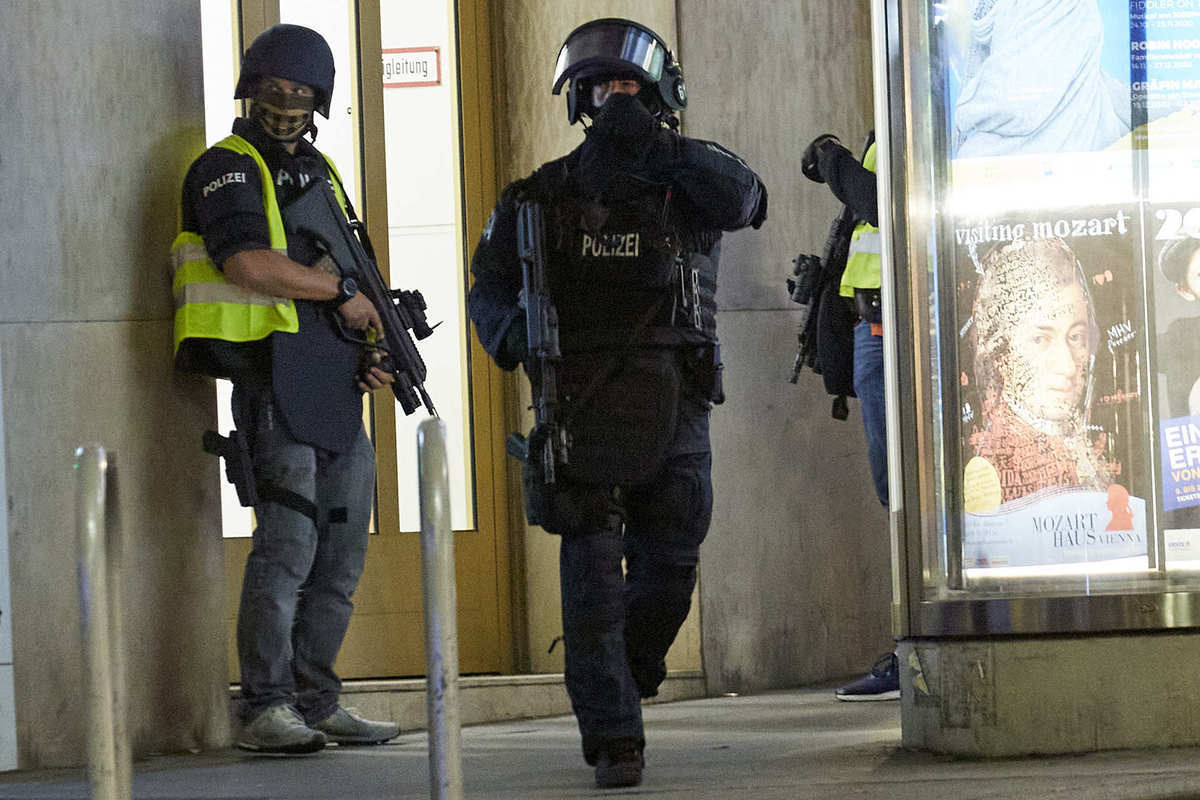 Policemen are on duty in Vienna, Austria, Nov 2, 2020. The Austrian government declared on Tuesday a three-day national mourning after a gunman killed four people in Vienna's city center on Monday evening. [Photo/Xinhua]

Recent terror attacks in Europe attributed to extremists have prompted the European Union to mull a crackdown on radicalization, according to the Bloomberg news agency, which says such a move could further inflame tension between the bloc and Muslim nations.

Bloomberg claims to have seen a draft EU statement that reads: "We must protect people in Europe from Islamism."

It says the draft statement is set to be discussed by home-affairs ministers from EU nations on Friday.

The draft statement reportedly calls for the EU's executive, the European Commission, to promote religious education and training for imams "that is in line with European fundamental rights and values".

It reportedly calls for migrants from Islamic nations to make "an active effort to become integrated "and to recognize "European values".

Macron said Islam is facing a "crisis", something that led to criticism from some Muslim national leaders, including the president of Turkey, Recep Tayyip Erdogan, who said the comments bordered on religious persecution.

Erdogan called for people to boycott French products as a result.

Europe has been rocked by terror incidents involving Islamic extremists, including one in Austria on Nov 2 that claimed four lives.

Austrian officials have since admitted serious intelligence failings ahead of that attack, and Vienna's anti-terror chief, Erich Zwettler, has been suspended at his own request while the authorities probe reports that Austria was told in July that the suspect in the shooting had tried to buy ammunition in Slovakia.

Austrian officials have also admitted the gunman met two people from Germany who were being observed by the authorities. That meeting also failed to set off alarm bells.

The BBC quoted Austrian Interior Minister Karl Nehammer as saying there had been "obvious, and in our view intolerable, mistakes".

The nation's integration minister, Susanne Raab, also said a mosque and a mosque association that the 20-year-old suspect frequented before the shooting and that may have contributed to his radicalization had been closed down.