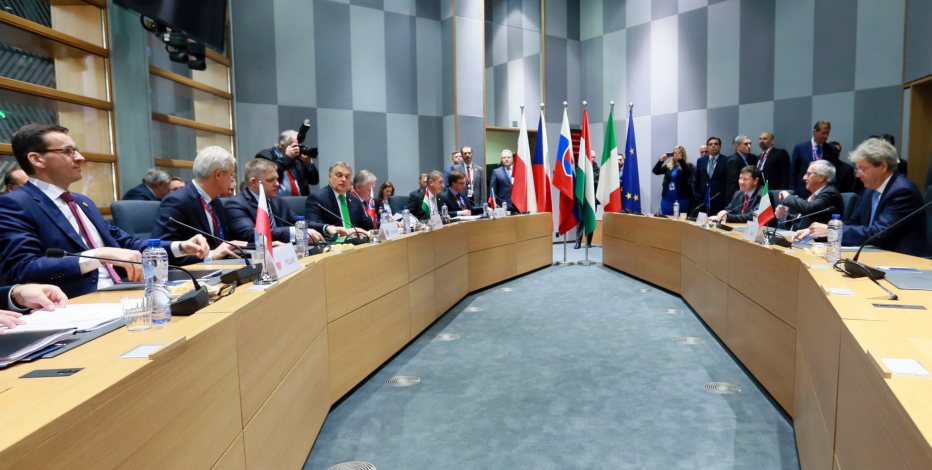 Members of the Visegrad Group meet on the sidelines of an EU summit in Brussels, Dec. 14. (Photo:  AP)

The Czech Republic, Hungary, Poland and Slovakia announced that they planned to spend around 35 million euros ($41 million) to beef up EU borders after the four countries — known as the "Visegrad Four" — were criticized for failing to show solidarity with the rest of the bloc.

Dutch Prime Minister Mark Rutte still thought it was "shameless" and said shirking responsibility by not taking in their share would wither the EU. "If we allow this then we get an EU where people go to shop for whatever they like," and give little back, he said.

Greece and Italy have had to play host to tens of thousands of migrants who have landed there after crossing the Mediterranean or Aegean seas, severely stretching the two countries' resources. They have called for help from EU partners.

German Chancellor Angela Merkel, whose country has taken in the largest number of refugees, said the announcement by the Visegrad nations was welcome but not enough.

"We need solidarity not just in regulating and steering migration ... on the external borders. That is good and important, but we also need internal solidarity," Merkel said. "In my opinion, there cannot be selective solidarity among European member states."

EU Council President Donald Tusk said the divide "when it comes to migration, it is between east and west." He there have been complaints that eastern members were happy to get aid from their richer western partners but unwilling to live up to their part of the bargain of being in a joint endeavor.

"The European Union is not only an ATM when you need support," said Belgian Prime Minister Charles Michel. "Cooperation means solidarity and responsibility."

The issue of migrants and refugees was high on the agenda of a two-day EU summit in Brussels that started Thursday — and some saw the border funding move by the four nations as a cynical ploy to avoid accepting refugee quotas.

Slovak Prime Minister Robert Fico said their contribution will help save European funds. And, he added, "if we will see good projects in the future, first of all projects that are effective, we are ready to spend even more money because we really want to show solidarity."

Despite the tensions, the discussion at the summit dinner table remained within bounds, Rutte said. "It was fine because we can all take a little hit. If it is the spirit of 'I like your drawing if you like mine,' we get nowhere." 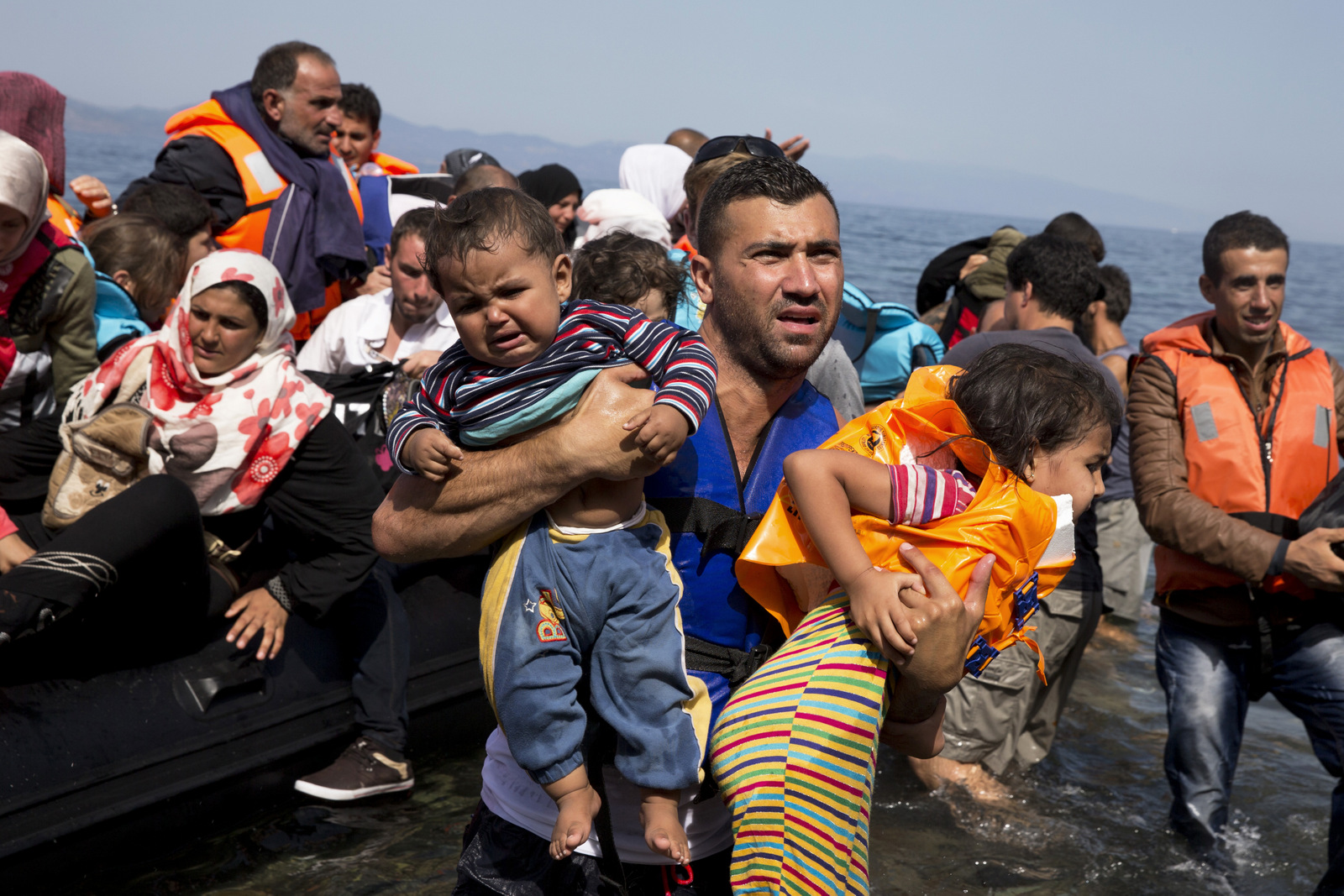 Syrian refugees arrive aboard a dinghy after crossing from Turkey to the island of Lesbos, Greece, Sept. 10, 2015. (Photo: AP)

Hungary saw tens of thousands of Syrian refugees and others pass through its territory in 2015 looking for shelter in richer northern European nations. Prime Minister Viktor Orban ordered the construction of a border fence to keep migrants out.

Orban said Thursday that the border funds will help defend the EU's borders with the outside world and will also contribute to EU work in Libya, where many migrants leave for Europe.

After more than 1 million refugees entered Europe in 2015, the EU introduced a refugee-sharing plan to help overwhelmed Greece and Italy.

The four Visegrad nations voted against the quotas, but were legally bound to accept refugees as the decision was made by a majority vote. Still, Hungary and Poland have taken in no refugees under the plan, while the Czech Republic has accepted only 12.

The EU Commission wants to introduce a permanent mechanism that would oblige countries to take in quotas of refugees if a migrant surge hit one or more EU nations. The Visegrad nations remain firmly against migrant quotas.

"Quotas do not work. They are ineffective," Fico said. "The decision on quotas really divided the European Union."

Disagreement over how to manage the migrant challenge has created distrust between EU neighbors and fueled anti-migrant parties across Europe, slowly threatening to undermine the entire European project.

French President Emmanuel Macron said it is important not to get bogged down in old disputes and solidarity can take different forms.

"We need to be able to express solidarity without getting trapped in any excessive roadblocks" about the past, he said. "I think everyone needs to make an effort."