European Union nations have unanimously approve the post-Brexit trade deal with the United Kingdom, a prerequisite for the agreement to come into operation on New Year’s Day. 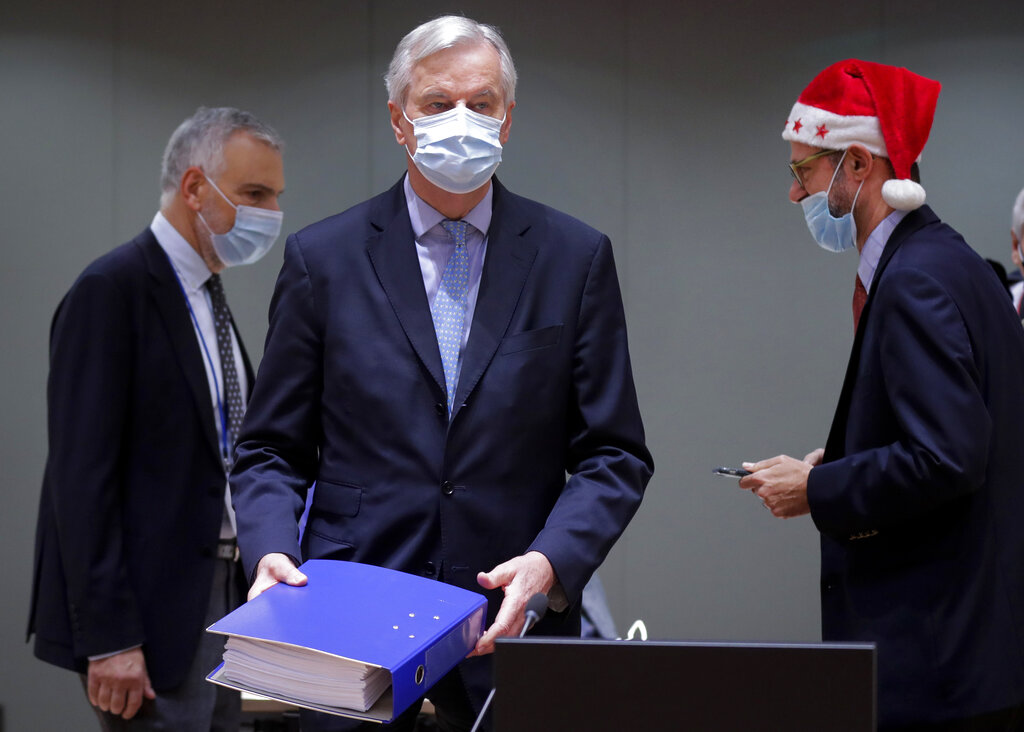 A colleague wears a Christmas hat as European Union chief negotiator Michel Barnier, center, carries a binder of the Brexit trade deal during a special meeting of Coreper, at the European Council building in Brussels, Friday, Dec. 25, 2020. (Photo: AP)

Germany, which holds the EU presidency, said the decision came during a meeting of EU ambassadors to assess the Christmas Eve agreement.

The approval had been expected ever since the deal was announced and all EU leaders warmly welcomed it. It still needs approval from the EU’s legislature, which is expected to come in February. The U.K’s House of Commons is expected to approve it on Wednesday.