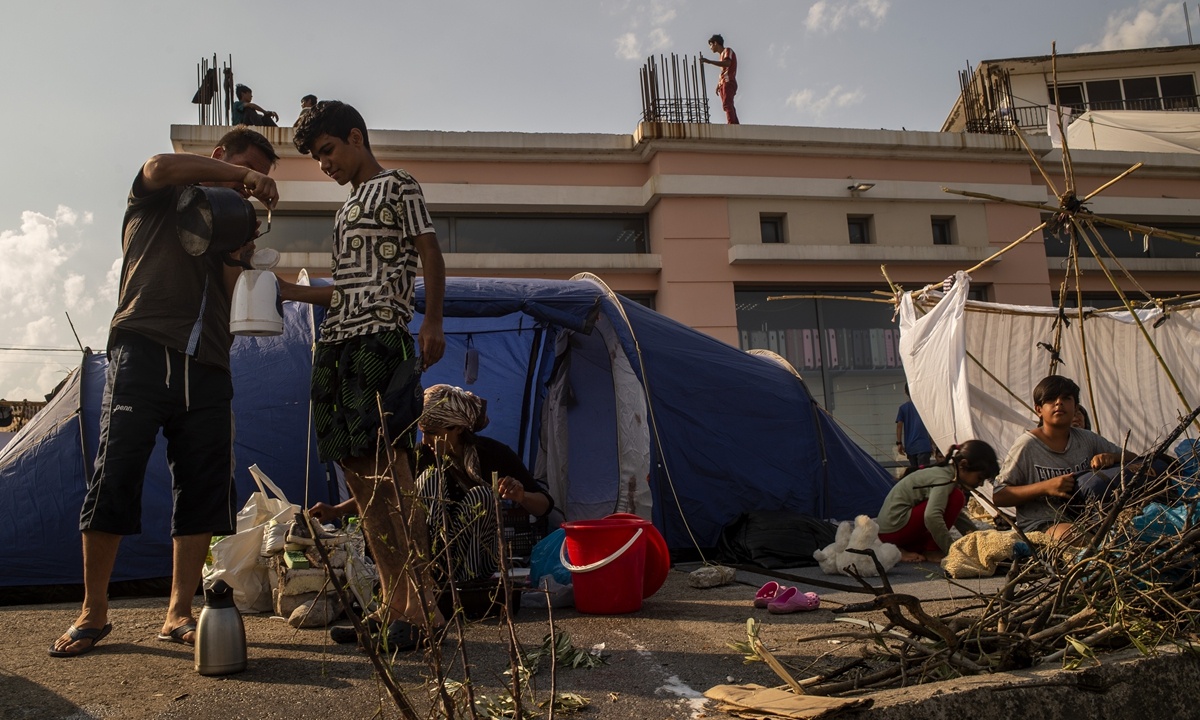 The EU home affairs commissioner, who is to unveil a much-awaited asylum reform next week, urged Saturday that a system of "mandatory" solidarity on migration be agreed between member states.

"But we also need to take into account the kind of help" needed, she noted, as some of the 27 EU nations remain hostile to accepting asylum seekers.

In recent years, attempts to relocate asylum seekers within the EU have been rejected by the so-called Visegrad group - Hungary, Poland, Czech Republic and Slovakia.

"It's not only relocation, it could also be other situations like for example helping with returns" of those whose asylum requests have been refused to their home countries, she said.

Johansson declined to go into details of the new "Asylum and Migration Pact" that is to be unveiled on Wednesday, two weeks after blazes in the Greek migrant camp of Moria left thousands homeless.

The incident is seen as a symbol of EU failure to agree on a common migration policy, as some of the 12,700 migrants in the overcrowded camp had been there for years.

She recognized that finding "a proposal that can be accepted by all member states and by parliament" would be a "difficult task."

"My guess is that when I present my proposal, I will have no 'hurray, we won,'" Johansson said, hoping however that it would be seen as "a proper compromise."

EU chief Ursula von der Leyen on Wednesday said she intended to abolish the controversial Dublin Regulation under which asylum claims are handled in the country where migrants first arrive.

The rule is intended to prevent migrants from lodging multiple asylum requests, but also allows them to be sent back to the first country by another EU nation.