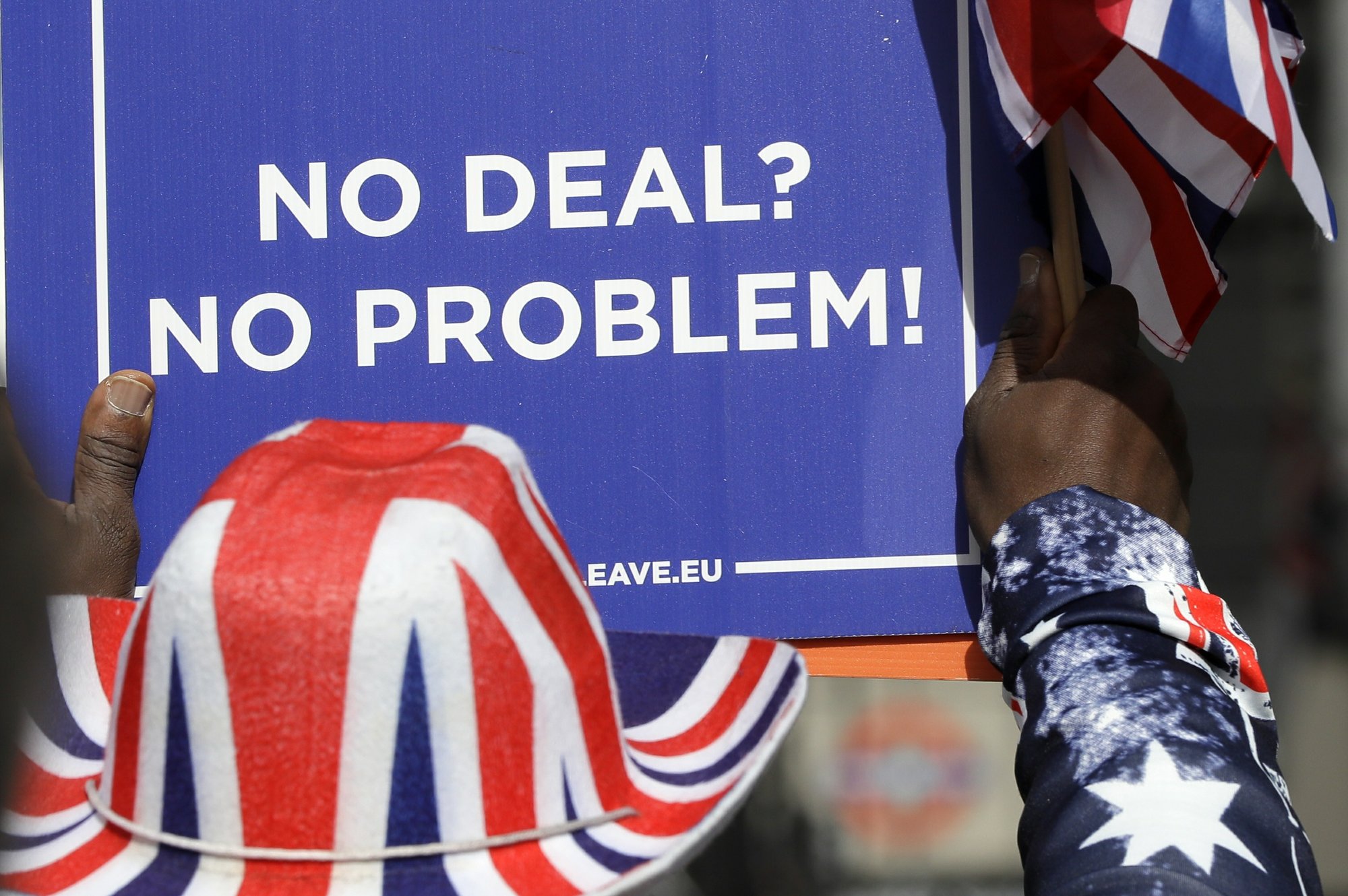 A pro-Brexit leave the European Union supporter takes part in a protest outside the House of Parliament in London, Wednesday, March 13, 2019. (Photo: AP)

The European Commission is warning Britain’s Parliament that voting against Brexit happening without a withdrawal deal in place isn’t enough and lawmakers must approve the deal, too.

An official from the EU’s executive branch noted Wednesday that the bloc already reached a divorce deal with Prime Minister Theresa May and the House of Commons rejected it - twice.

The official asked not to be identified because of the sensitivity of the unresolved situation.

Parliament voted Wednesday night to reject leaving the EU as scheduled on March 29 if it hasn’t approved an agreement.

The EU official said: “There are only two ways to leave the EU: with or without a deal. The EU is prepared for both. To take no deal off the table, it is not enough to vote against no deal - you have to agree to a deal.”