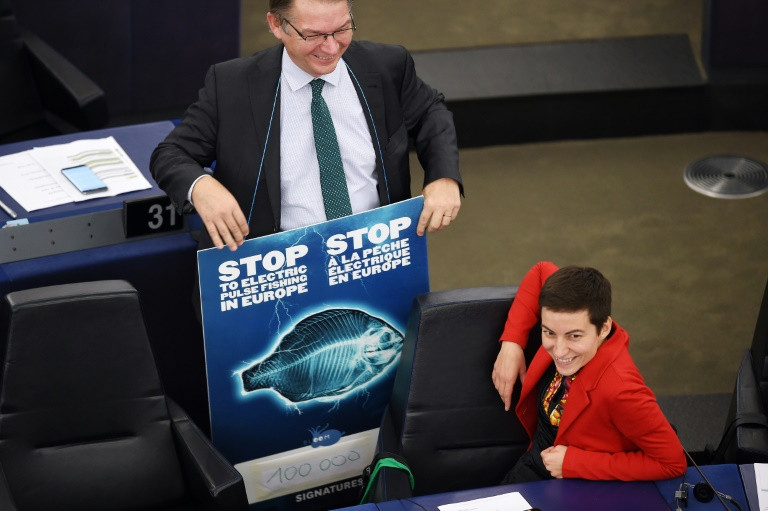 The European Parliament called Tuesday for a ban on electric pulse fishing in the European Union, defying Brussels which wants the experimental practice in the North Sea done on a larger scale.

The parliament, the EU's only directly-elected body, will now try to strike a compromise with the European Commission, the bloc's executive, and the European Council, which groups the 28 member states.

"It is a wonderful victory against a terribly harmful kind of fishing," said Yannick Jadot, a French member of the Greens party, who took part in the campaign against the practice.

EU rules allow member states to equip up to five percent of their fleets with electrodes, and the method has been adopted in particular by Dutch vessels fishing for sole.

The European Commission wants to maintain the southern part of the North Sea as the venue for pulse fishing but to remove the five-percent limit.

Karmenu Vella, the commissioner for fisheries, argued that pulse fishing is safer for the environment than beam trawling as it reduces carbon emissions and does less damage to the seabed.

Beam trawling involves a large net attached to a heavy metal beam of up to 12 metres in length which is dragged across the seabed, ploughing it up.

Rebecca Hubbard, director for the activist group Our Fish, praised the vote as a "huge win" for European seas, low-impact fishing and the public.