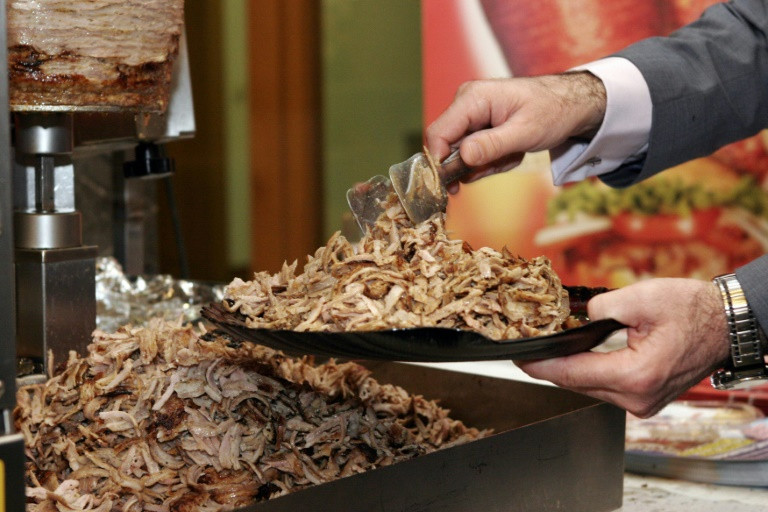 Phosphates are largely banned in food in Europe, but exceptions are made for some dishes including certain types of sausage -- and now kebabs

The European Parliament on Wednesday narrowly failed to block a proposal to allow the use of phosphates in kebab meat, an additive which critics say is linked to heart disease.

As a result, the European Commission, the bloc's executive arm, can now authorise the addition of phosphates to "vertical meat spits" -- the official EU term for the rotating towers of seasoned lamb and chicken beloved of late-night drinkers across the continent.

Phosphates are largely banned in food in Europe, but exceptions are made for some dishes including certain types of sausage -- and now kebabs.

A resolution to block the proposal, put forward by the parliament's public health and food safety committee, got 373 votes from MEPs sitting in the eastern French city of Strasbourg -- just three short of the majority it needed.

The committee wanted to delay permission for phosphates in kebabs until the European Food Safety Authority completes a study into the risks of their use.

The Greens group of MEPs, which supported keeping the ban, called Wednesday's vote a "disappointing result for consumer rights".

"Unless they can show without doubt that phosphate additives are not harmful, their use in all foods must be immediately reviewed by the Commission," Staes said in a statement.

The centre-right EPP group of MEPs, which supported granting permission for phosphate use, said there was "no proof that phosphates have negative health effects".