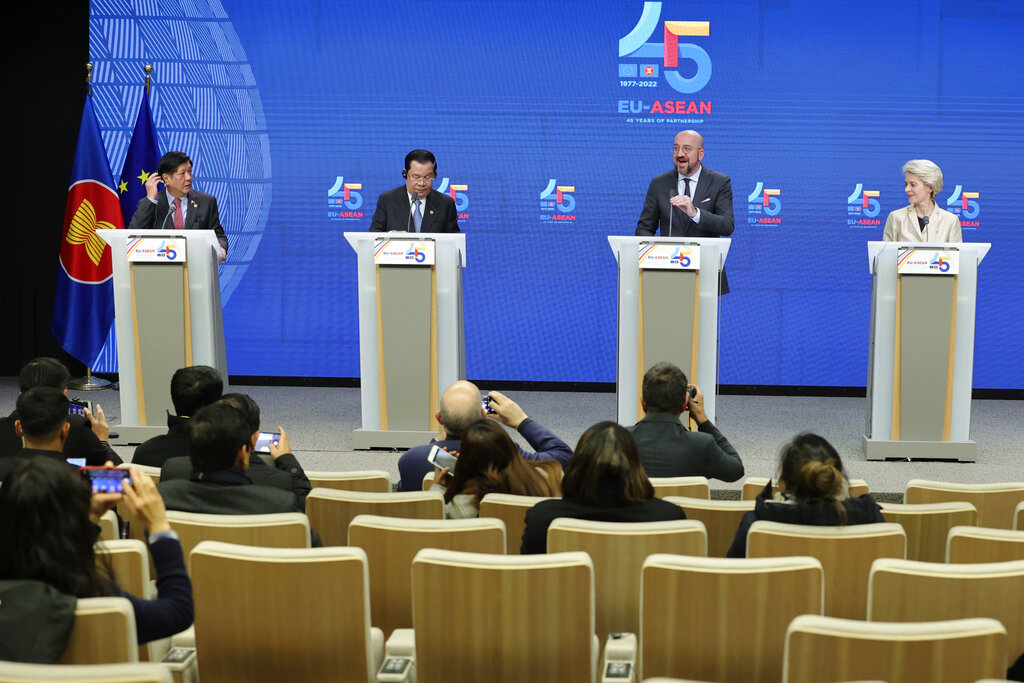 At the EU-ASEAN Commemorative Summit held here on Wednesday, the EU and its member states offered the financial support that will focus on the green transition and sustainable connectivity in South-East Asia, underpinned by the Sustainable Connectivity Initiative and the Green Team Europe Initiative.

The investments will focus on energy, transport, digitalization, education and the promotion of trade and sustainable value chains, the European Commission said in a statement. The funds will support South-East Asia's transition to a green economy, better access to essential services, and economic opportunities and jobs.

In a joint statement following the meeting, the leaders praised the signing of the EU-ASEAN Comprehensive Air Transport agreement, the first-ever region-to-region aviation agreement.

While "we are each other's third-largest trading partner (...) it accounts for only 5 percent our trade. There is so much untapped potential," said European Commission President Ursula von der Leyen.

During the summit, the leaders also discussed the conflict between Russia and Ukraine and reiterated their positions on the matter, including their objection to the threat of the use of nuclear weapons and to the suffering caused by the conflict to several regions around the globe, according to the statement.