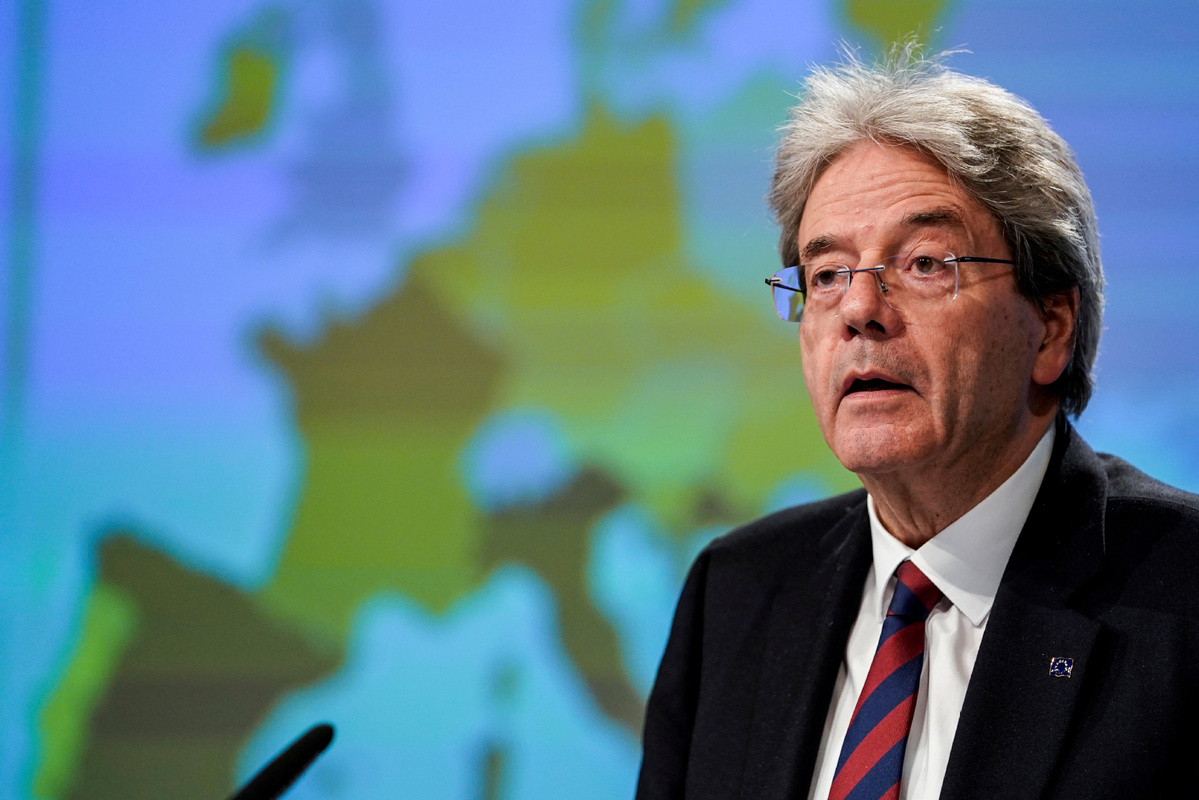 European Economic Commissioner Paolo Gentiloni holds a news conference on the Spring 2020 Economic Forecast, amid the spread of the coronavirus disease (COVID-19), in Brussels, Belgium, May 6, 2020. (Photo: Agencies)

The European Union has painted a bleak economic picture for this year even as many member states are moving toward easing lockdown measures imposed to stop the spread of the coronavirus.

The 19-member eurozone economy is expected to contract by a record 7.45 percent this year, according to the Spring 2020 Economic Forecast released by the European Commission on Wednesday. It, however, predicted that the economy would recover and grow by 6.25 percent in 2021.

It forecast that the 27-member EU economy would shrink by 7.5 percent this year and expand by around 6 percent in 2021.

"Europe is experiencing an economic shock without precedent since the Great Depression," said European Commissioner for the Economy Paolo Gentiloni, a former Italian prime minister.

"It is now quite clear that the EU has entered the deepest economic recession in its history."

The shock to the EU economy is symmetric in that the pandemic has hit all member states, but both the drop in output in 2020 and the strength of the rebound in 2021 are set to differ markedly, according to the forecast.

The European Commission said that each member state's economic recovery will depend not only on the evolution of the pandemic in that country, but also on the structure of their economies and their capacity to respond with stabilizing policies.

"At this stage, we can only tentatively map out the scale and gravity of the coronavirus shock to our economies," said Valdis Dombrovskis, the European Commission's executive vice-president for an Economy that Works for People.

He said that while the immediate fallout would be far more severe for the global economy than the financial crisis of a decade ago, the depth of the impact would depend on the evolution of the pandemic, the EU's ability to safely restart economic activity and to rebound thereafter.

"This is a symmetric shock: All EU countries are affected and all are expected to have a recession this year," said Dombrovskis, a former Latvian prime minister.

The EU and its member states agreed on April 23 on a recovery fund in excess of 1 trillion euros ($1.08 trillion) to mitigate the impact of the pandemic, but details have yet to be worked out and agreed upon.

The pandemic has severely affected consumer spending, industrial output, investment, trade, capital flows and supply chains, according to the forecast. And the EU hoped that the gradual easing of lockdown measures could help a recovery.

The report said that the EU economy was not expected to have fully made up for this year's losses by the end of 2021, investment would remain subdued and the labor market would not have totally recovered.

Some EU member states will see higher unemployment than others, such as those with a high percentage of workers on short-term contracts and those with a large workforce relating to tourism.