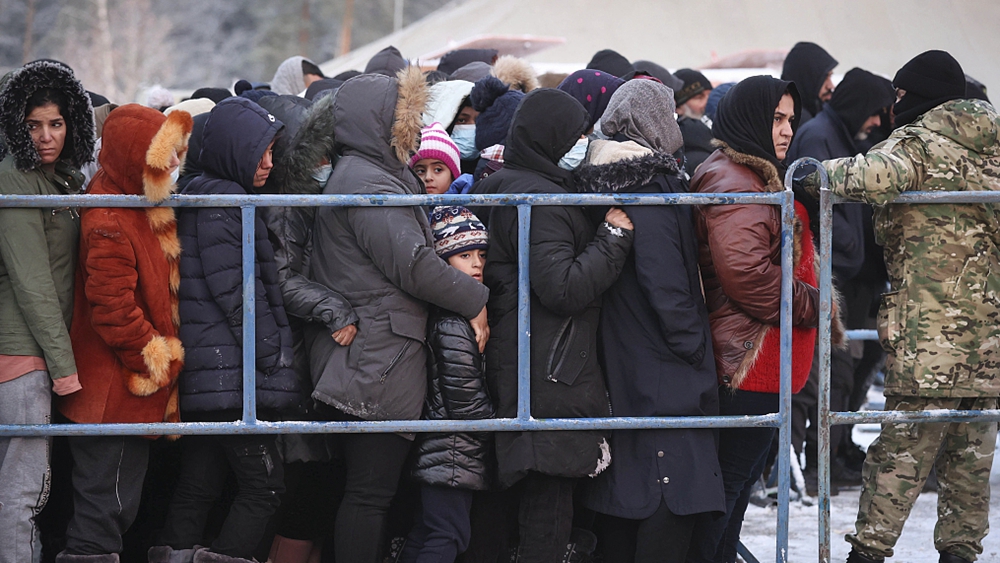 Migrants queue to get hot food in the logistics center of a checkpoint at the Belarus-Poland border near Grodno, Belarus, December 1, 2021. (Photos: CFP)

The European Commission on Wednesday proposed the loosening of asylum rules to help the European Union (EU) member states bordering Belarus cope with a migrant influx.

The new rules would allow Poland, Lithuania and Latvia to address the emergency situation at their border with Belarus.

Announcing the new measures at a news conference, EU Home Affairs Commissioner Ylva Johansson said they would allow the three countries to set up swift procedures to manage the situation in full respect of fundamental rights and international obligations, including the principle of non-refoulement.

Johansson said the proposal follows an invitation by the European Council for the Commission to propose any necessary changes to the EU's legal framework and concrete measures underpinned by adequate financial support to ensure an immediate and appropriate response.

The three states would have the possibility to extend the registration period for asylum applications to four weeks from the current three to ten days. They may also process all asylum claims at the border, including appeals within a maximum of 16 weeks and should prioritize well-founded claims and those of families and children.

They would also be able to apply simplified and quicker national procedures, including for the return of people whose applications for international protection have been rejected. 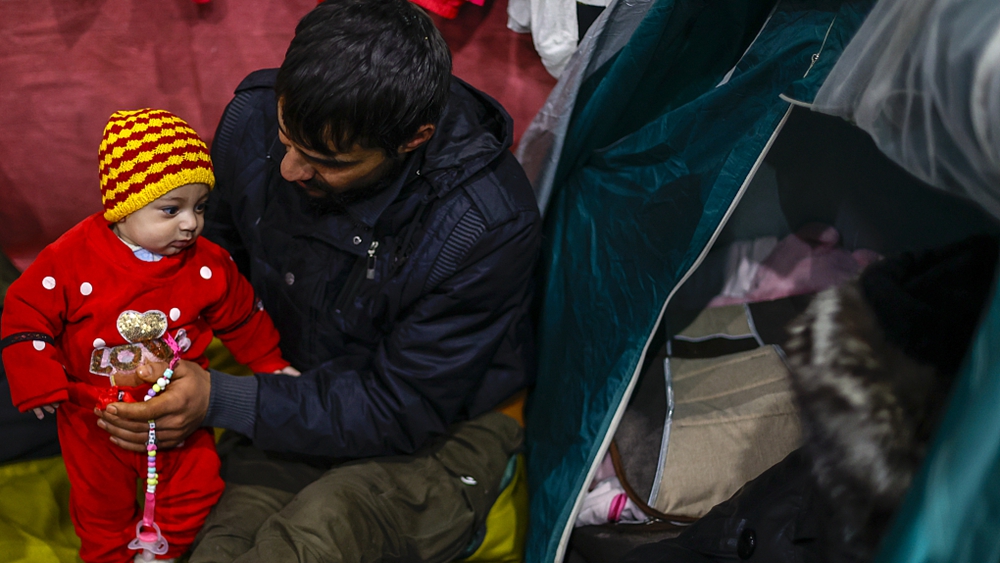 Migrants wait at a closed area allocated by the Belarusian government at the country's border with Poland in Grodno, Belarus, December 1, 2021.

The measures would enter into force after their adoption by the Council and consultation with the European Parliament and will remain in force for a period of six months.

Some lawmakers questioned the measures' potential efficacy. "It is unclear how these derogations will apply in practice and how they will help the Member State in an emergency situation or the vulnerable people trapped at the borders," German Green MEP Damian Boeselager was quoted by Politico as saying.

"On the contrary, the new measures will create a heavy burden on the Member State in crisis, in terms of reception facilities, human capacity and financial capability."

Since August, thousands of migrants, mostly from war-torn countries in the Middle East, have attempted to enter the EU but are stranded at the border between the bloc and Belarus.

About 2,000 refugees, mainly from the Middle East, tried to cross the Belarus-Poland border and enter the EU in early November. Poland sent troops to the border and prevented the refugees from entering its territory.