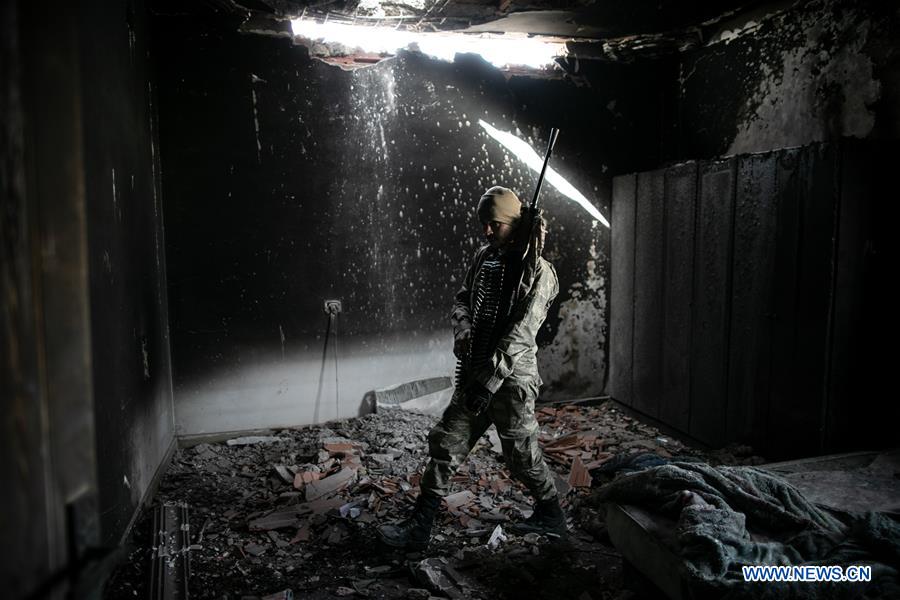 A fighter of the UN-backed Government of National Accord (GNA) is seen in a destroyed house at Ain-Zara frontline in Tripoli, Libya, March 20, 2020. (Photo: Xinhua)

"UNHCR Libya is grateful to EUFT for its contribution to support activities to help save lives and find durable solutions for refugees and asylum-seekers in Libya," UNHCR tweeted.

Despite international calls for cease-fire, the armed conflict continues in and around the capital Tripoli between the east-based army and the UN-backed government.

According to the UNHCR, there are currently 48,621 refugees and asylum-seekers registered with the agency in Libya.

On April 4, 2019, the east-based army launched a military campaign in and around Tripoli in an attempt to take over the city and topple the rival UN-backed government.

The UN Support Mission in Libya (UNSMIL) has documented at least 356 civilian deaths and 329 injuries since the outbreak of the armed conflict.

Nearly 150,000 people in and around Tripoli have been forced to flee their homes since the beginning of the conflict, and 345,000 civilians remain in frontline areas, while an estimated 749,000 others live in areas affected by the clashes, according to UNSMIL.