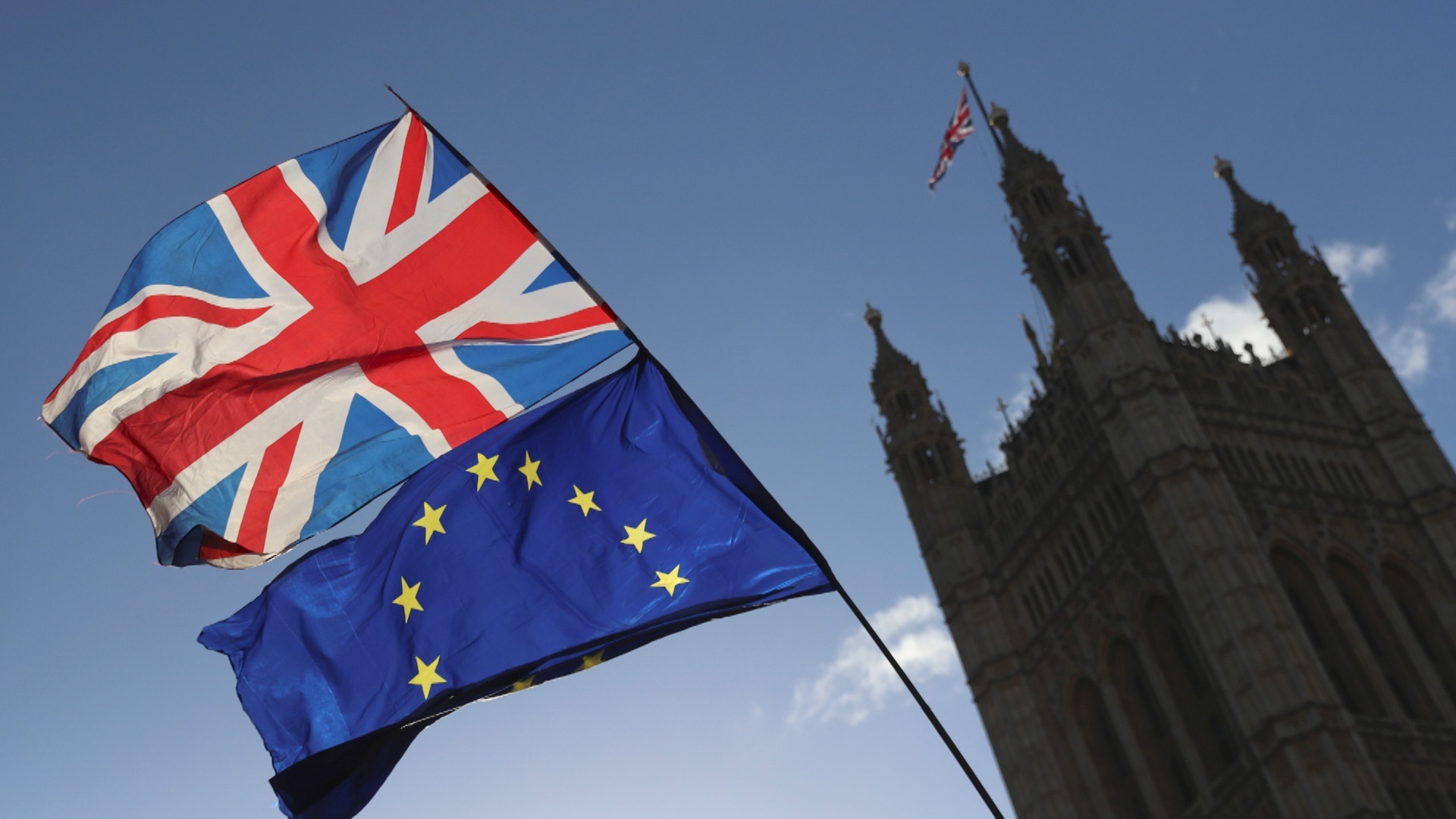 European lawmakers overwhelmingly backed the post-Brexit trade deal with the United Kingdom, bringing to an end the long divorce process and ensuring the quota-free, tariff-free arrangement that has been in place since January remains.

660 Members of the European Parliament (MEPs) voted in favor, five were against and 32 abstained.

The outcome was never in doubt as there was very little appetite to deal with the chaos of rejecting the agreement provisionally applied for the past four months. But the support should not be mistaken for approval of the overall divorce. In a resolution accompanying the ratification, MEPs called the June 2016 referendum vote a "historic mistake".

Ratification brings the EU-U.K. Trade and Cooperation Agreement fully into force on 1 May, once it receives sign-off from the European Council. 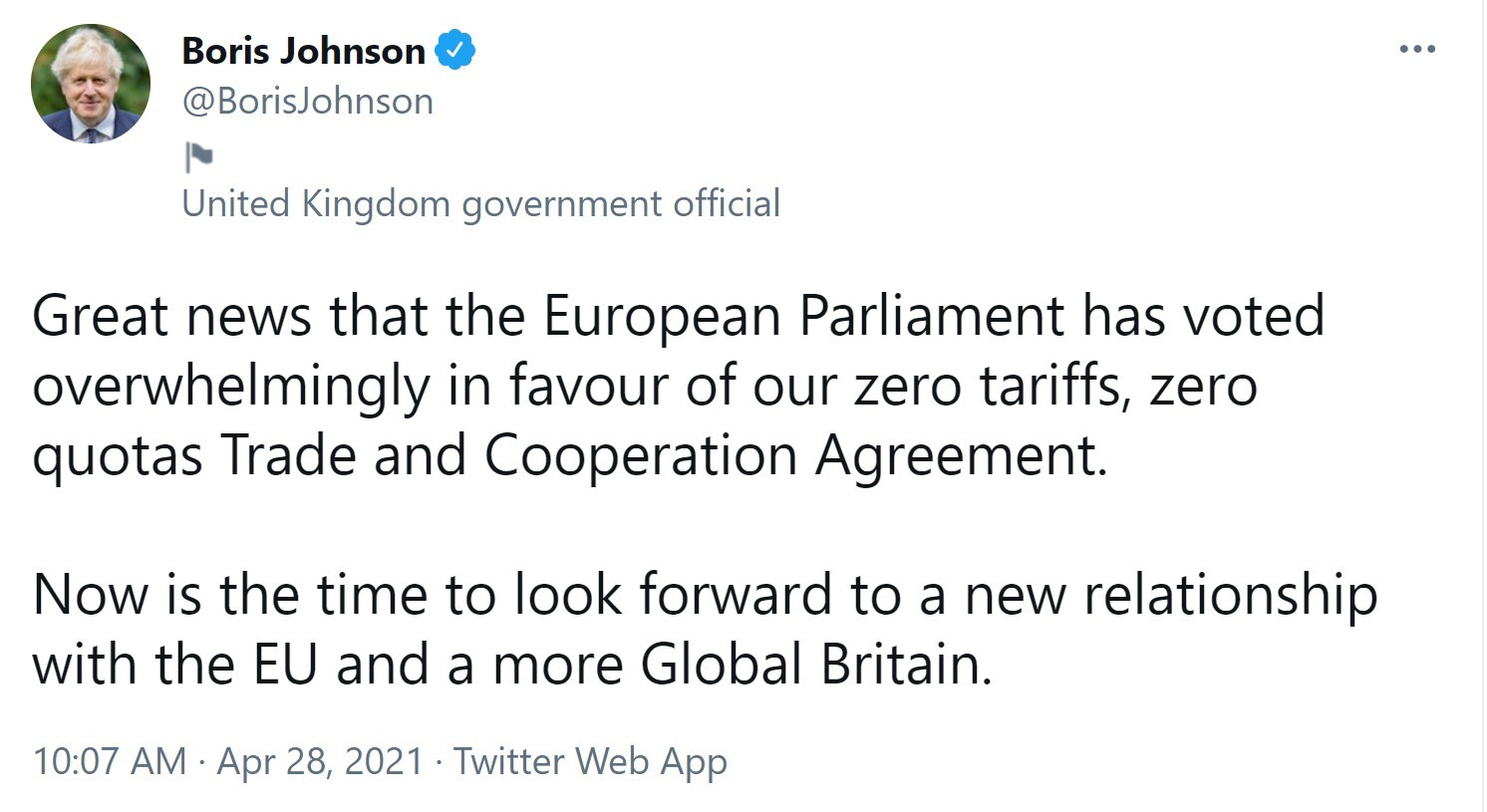 London was quick to praise the vote. In a tweet, U.K. Prime Minister Boris Johnson said "Now is the time to look forward to a new relationship with the EU and a more Global Britain."

He also spoke of the vote providing "stability" and of being the "final step in a long journey."

The Brexit chief negotiators on both sides of the Channel echoed that sentiment. 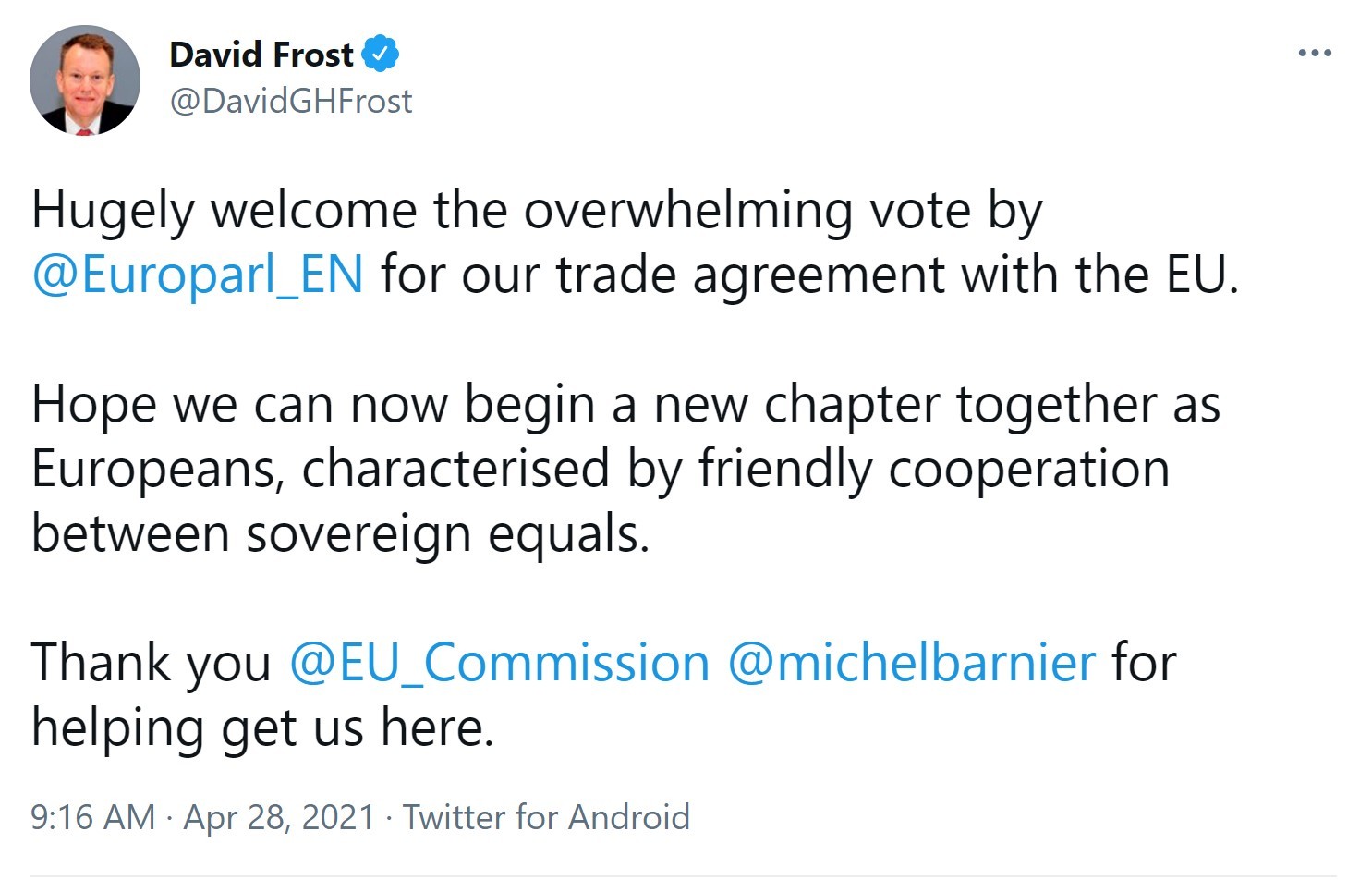 David Frost, who led the U.K's negotiating team, said he "hugely welcomed" the vote and hoped it would usher in a new chapter "characterised by friendly cooperation between sovereign equals."

"We will always aim to act in that positive spirit but we will also always stand up for our interests when we must – as a sovereign country in full control of our own destiny," he added in a separate statement. 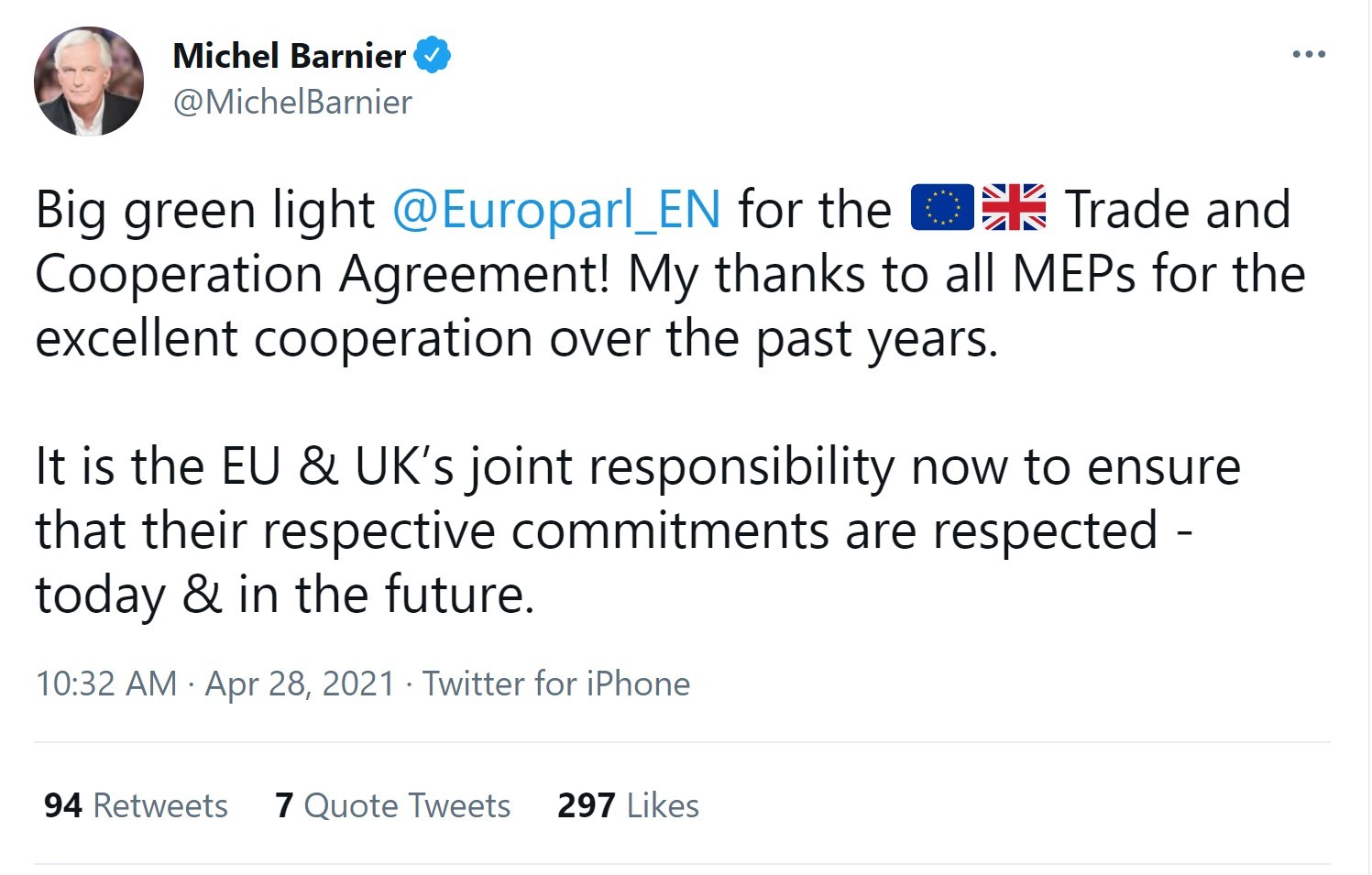 His EU counterpart, Michel Barnier tweeted it was now the EU and UK's "joint responsibility" to ensure "respective commitments are respected, today & in the future."

Ahead of Tuesday's vote, Barnier called Brexit a "failure" that the EU must learn from.

"This is a divorce. It is a warning," he told MEPs.

The ratification of the deal came as trust between the former EU partners languishes at an all time low. Both sides remain at loggerheads over how to implement the Northern Ireland Protocol, which is meant to protect the single market while avoiding a hard border on the island of Ireland.

In March, Brussels launched legal action against the UK after the Johnson administration unilaterally delayed the introduction of new customs checks on goods traveling from Great Britain into Northern Ireland, which remains part of the EU single market.

Relations also soured after Brussels triggered an emergency clause in the Withdrawal Agreement to limit exports of COVID-19 vaccines to Belfast. It was forced to quickly backtrack.

"Let me be very clear: we do not want to have to use these tools," said told lawmakers, adding, "But we will not hesitate to use them if necessary."

The EU Council of ministers still needs to formally adopt the TCA, which is expected by 30 April.