WORLD EU 'ready to respond' to US in Airbus/Boeing row

EU 'ready to respond' to US in Airbus/Boeing row 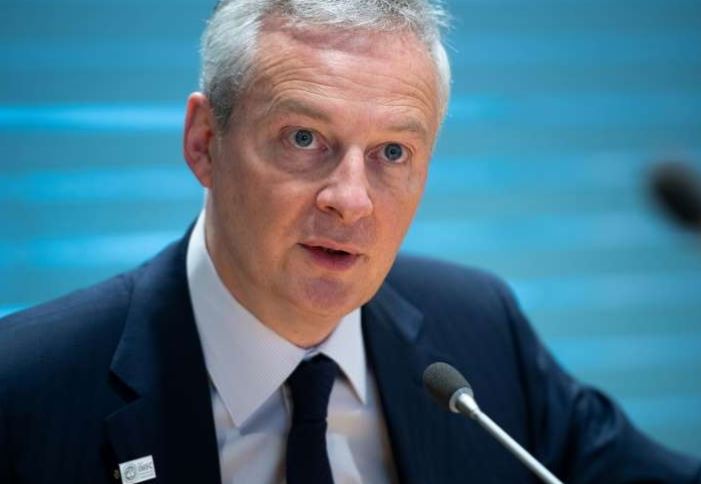 French Finance Minister Bruno Le Maire warned on Friday that Europe was ready to hit back at any US tariffs against Airbus as he pleaded for an "amicable solution" to the long-running dispute.

"If we were to be hit again by unjustified and unjustifiable US sanctions, Europe would be ready to respond in a united and strong way," the minister said after his meeting with his US counterpart Steven Mnuchin.

"All this would be bad for growth and bad for American and European prosperity," he said at a press conference on the sidelines of the spring meetings of the International Monetary Fund and World Bank.

"We must avoid this," he said. "On the basis of the WTO's conclusions, it seems to me that the voice of wisdom is to reach an amicable agreement between the United States and Europe on a final settlement of the Airbus-Boeing case," he said, adding that the case has been going on for far too long.

Le Maire already pleaded on Tuesday for an amicable solution with the United States and was scheduled to meet with US Trade Representative (USTR) Robert Lighthizer.

US President Donald Trump on Monday threatened the European Union with new tariffs if it did not end subsidies to Airbus, at the risk of reviving a fragile trade truce.

This was another step in a 14-year conflict between Boeing and Airbus where the US and EU accuse each other at the World Trade Organization (WTO) of providing illegal state aid to their respective aeronautical champions.

The EU had immediately warned that "in the parallel dispute over Boeing", it also intended to "take prompt action" in retaliation.

According to several European sources on Friday, it will make public on Wednesday a list of American products likely to be taxed up to 20 billion euros.

But it will be left to a WTO-appointed arbitrator to determine the amount of retaliation duties, which will be less than the 20 billion.

In 2012, "the EU had requested the WTO to authorize $12 billion in countermeasures," a commission source told AFP.

"The EU will now await the decision of the WTO appointed arbitrator regarding the final amount," the source added.