EU recovery plan is 'an unprecedented and bold measure': expert

Brussel (People's Daily) - "This is the first time in EU history that the EU will borrow money to finance EU-wide expenditures, which is an unprecedented and bold measure," Dr. Zsolt Darvas, a senior fellow at Bruegel applauds the EU recovery deal agreed on Tuesday. 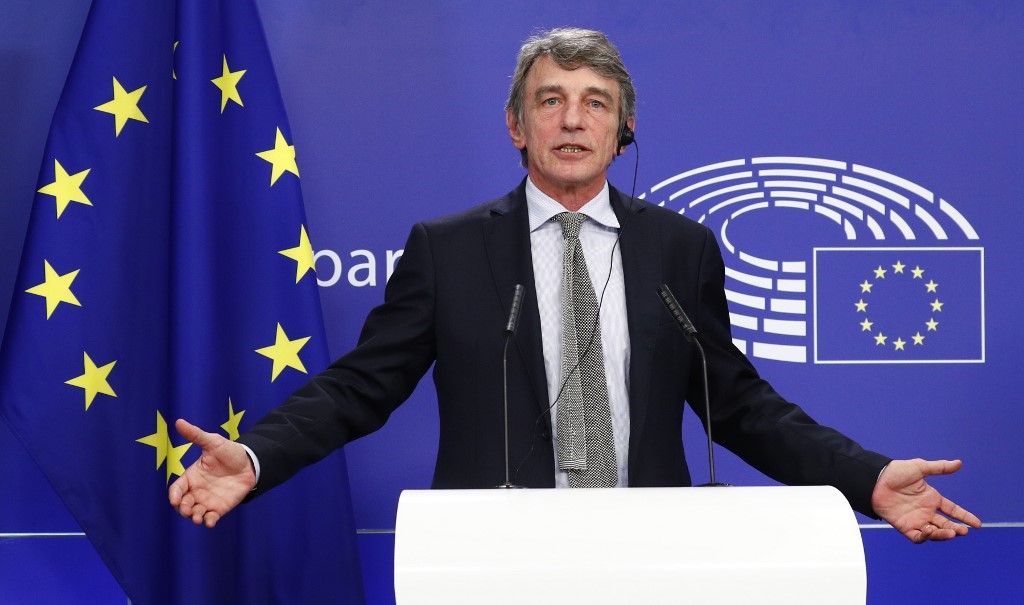 European Parliament President David Sassoli speaks during a press conference in Brussels on July 22, 2020 following the recovery package deal made by European Union leaders during an EU summit.(Photo: AFP)

Second, the way grants are distributed was modified, which particularly benefits Germany and France, and to a lesser extent Italy, while all other countries obtain less.

Third, important components were scrapped, like €15 billion help for non-EU countries and €26 billion solvency support for companies, while the research budget was cut.

The main reason for the hard compromise is that the interests lying in the budget is big. “Some net payer countries wished to limit their contributions, while some net beneficiary countries debated the way money was proposed to be allocated,” Darvas explained.

Darvas contends that the recovery plan matters a lot to the EU member countries, in particular to the countries with large debt. “The €390 billion grant and guarantee component is macro-economically significant, though just about 3 percent of the EU’s annual GDP,” said Darvas.

Darvas said that the recovery plan can not only provide big help to some countries like Greece and Croatia, but also alleviates somewhat the distortions to the single market resulting from uneven fiscal support by member states. The South European countries have large public debts and they can provide less help to the national budgets to alleviate the economic recession, so support from the EU budget is essential.

However, Darvas thinks that the deal will remain a one-time measure and will not lead to a higher level of fiscal integration among European countries, because the differences among EU member states are huge and not easy to bridge. Otherwise, except for the two largest spending items, agricultural subsidies and cohesion spending, EU countries tend to have different opinions on new priorities, such as the fight against climate change, linking EU funds to the respect for rule of law.