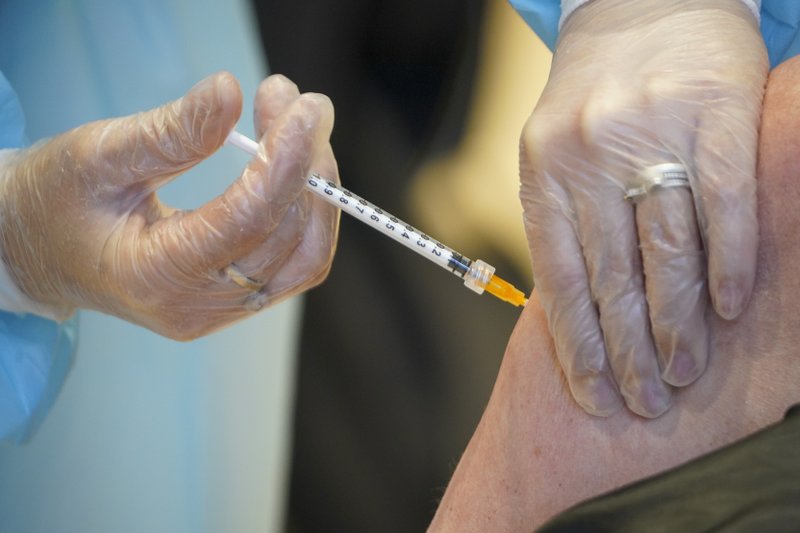 In this Wednesday, March 10, 2021 file photo, a health worker administers a dose of the AstraZeneca vaccine against COVID-19 to a patient inside the convention center known as "La Nuvola", The Cloud, in Rome. (Photo: AP)

The world is awaiting a decision from Europe’s top medical regulator on its investigation into whether there is any evidence to show the AstraZeneca coronavirus vaccine is linked to a small number of blood clots reported in people across the continent.

The European Medicines Agency's expert committee is set to announce the results of its investigation later Thursday.

Earlier this week, more than a dozen countries including Germany, France, Spain and Italy suspended immunization using the AstraZeneca COVID-19 vaccine after reports of unusual blood clots in several people among the 17 million who have received at least one dose in Europe. Both the EMA and the World Health Organization have said there is no current evidence to suggest the vaccine was responsible and that the benefits of immunization far outweighed the potentially small risk of getting vaccinated. AstraZeneca said after a careful review of its COVID-19 immunization data, it found no evidence of any increased risk of blood clots in any age group or gender in any country.

On Tuesday, EMA executive director Emer Cooke said the agency's priority was the the vaccine's safety and that it would consider issues including if extra warnings needed to be added for the AstraZeneca vaccine. She noted the daily toll COVID-19 is continuing to take across the continent and said vaccines were critical to stopping its spread.

“We are worried that there may be an effect on the trust of the vaccines," she said. "But our job is to make sure that the products that we authorize are safe and we can be trusted by the European citizens.”

The pause in vaccination using the AstraZeneca shot comes as COVID-19 is surging across the continent and as Britain is expecting major delays in its vaccine deliveries. Tens of thousands of new daily cases have prompted new lockdown measures in Italy, caused hospitalizations in France to spike and led German officials to announce that a third wave of COVID-19 has begun.

Any time vaccines are rolled out widely, scientists expect some serious health issues and deaths to be reported, simply because tens of millions of people are receiving the shots. Determining whether or not the vaccine is to blame can be difficult, since most of the people getting inoculated first are those most at risk of the coronavirus. But because there are no long-term data on any of the COVID-19 vaccines, any potential signal of trouble must be thoroughly investigated.