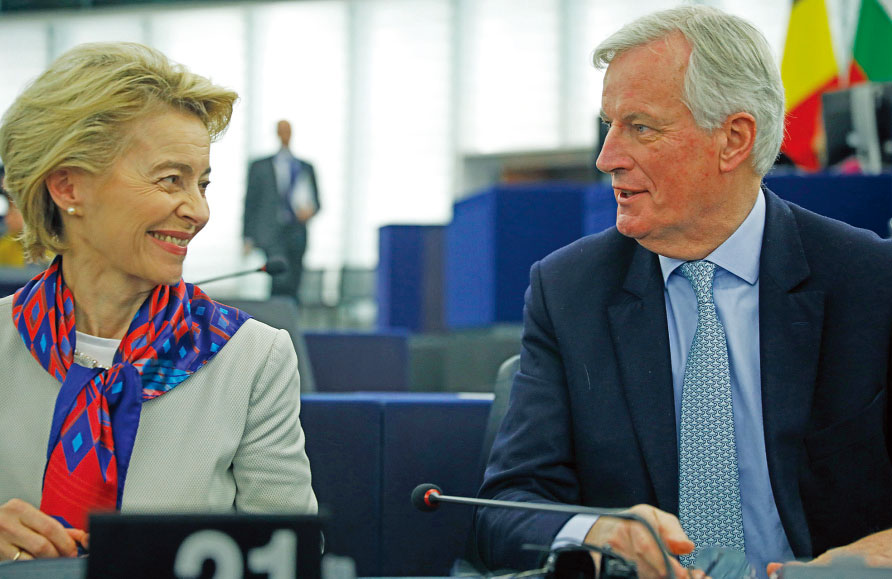 The European Union has called on the British government to set up an independent monitoring authority to ensure there is no discrimination against EU citizens seeking permanent residency in the United Kingdom.

Members of the European Parliament have warned that Britain's imminent exit from the bloc could endanger the rights and protection of many of the 3.5 million EU citizens living there.

The EU's chief Brexit negotiator Michel Barnier told European lawmakers in Strasbourg on Tuesday they must not accept any "disguised" form of discrimination in negotiations.

"I will continue to insist on the particular importance of the UK putting in place a strong, independent monitoring authority ... that must be able to act rapidly and fairly when faced with complaints from EU citizens and their families," Barnier said.

"We must now work towards proper implementation of these rights and we won't be accepting any half measures or any form of disguised or veiled discrimination," added Barnier.

The British government is in the process of changing its border controls that have been in place for decades. With its departure from the EU fast approaching on Jan 31, priority will no longer be given to EU migrants over those from other countries.

EU nationals living in the UK have until June 2021 to apply for permanent residence under the separation agreement reached between Britain and the EU's 27 member states last year.

Under the terms of the withdrawal agreement, Britain will have a transition period to the end of this year to find agreement with the EU on how their relationship will work going forward.

Ending freedom of movement will have consequences for EU or British nationals providing services in the other territory, as well as limiting tourism stays and healthcare insurance, and the recognition of professional qualifications.

Citizenship issues could also have consequences for the ownership of companies operating in the UK and the EU, such as airlines, for digital privacy rules and for access to internet domains.

Speaking to MEPs in Strasbourg, EU Chief, Ursula von der Leyen, stressed that no freedom of movement will exist after the end of the transition period for the one million British citizens currently living in EU countries and EU citizens living in the UK.

"After the transition period, the UK will be a third country and Brexit will mean changes to those who want to make their future life on either side of the Channel," she said. "We will make the citizens' rights our main priority," she added.

The British prime minister and his negotiating team believe a comprehensive trade deal and future relationship can be agreed by the Dec 31 deadline. But last week, during a visit to London, Von der Leyen warned it would be "impossible" to reach a full deal on that timetable.

Other key issues to be negotiated include trade, fishing, security, transport and energy as the two sides disentangle nearly five decades of Britain being enmeshed in the union.