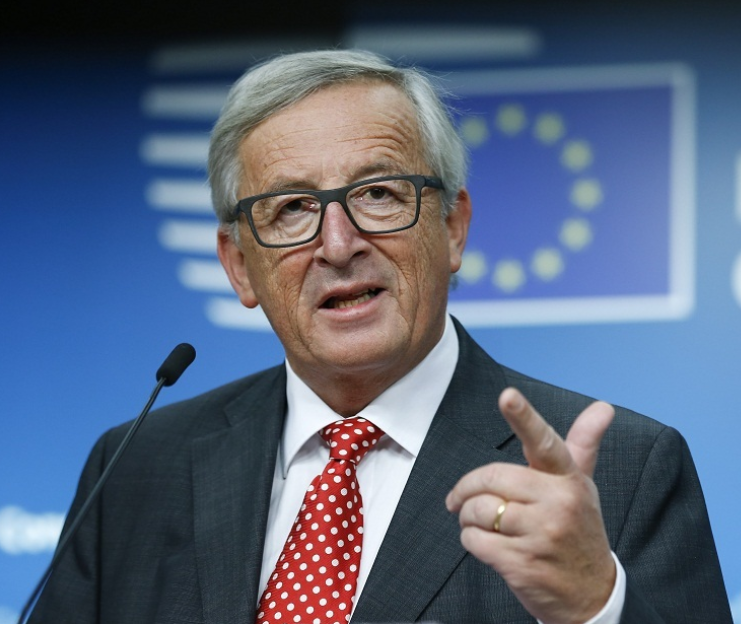 STRASBOURG, Sept. 12 (Xinhua) -- European Commission President Jean-Claude Juncker on Wednesday called in his State of the Union address for a bigger role of euro as a global trade currency to displace the primacy of the U.S. dollar.

"The euro must become the face and the instrument of a new, more sovereign Europe," the European Commission president said during his last annual address on the Union to the members of European Parliament, meeting for a plenary session in Strasbourg.

The Commission president from Luxembourg noted that the European single currency had "come a long way" in its 20-year history, despite criticism.

"[The euro] is now the second most used currency in the world with 60 countries linking their currencies to the euro in one way or another," Juncker said, stressing the EU must "do more to allow our single currency to play its full role on the international scene".

The European Commission would present new initiatives before the end of the year to strengthen the international role of the euro, Juncker pledged.

A focus of Juncker's mission for the euro includes shifting dependency on the dollar as a global trade currency for Europe.

Juncker was not forthcoming on exactly what initiatives the European Commission would propose, in his last 12 months in office before European elections, in order to support the euro's role as a global trade currency.

The euro is the official currency of the European Union. Among its 28 member states, 19 use the euro as their official currency, and make up a group known as the eurozone. Euro is the second most-traded and second-largest currency in foreign exchange markets, behind the U.S. dollar, according to Juncker.