The European Union needs to accept new members from the Western Balkans to avoid the risk of a new war there, the head of the European Commission said on Tuesday, setting up a possible clash with France and other states which have resisted enlargement. 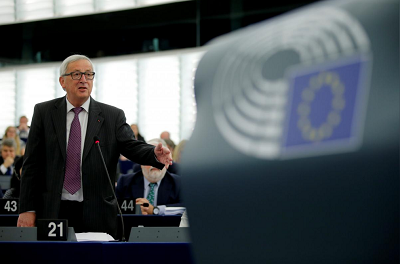 European Commission President Jean-Claude Juncker attends a debate on the Future of Europe at the European Parliament in Strasbourg, France, April 17, 2018. (Photo: Reuters)

The European Commission is pushing for the EU to expand into the region which still scarred by ethnic wars fought in the 1990s and dogged by a reputation for lawlessness.

“If we do not open up to countries in that highly complicated and tragic region, and if we do not open up a European perspective to them, we will see war returning to that area as we saw in the 1990s,” Commission head Jean-Claude Juncker told the European Parliament.

“I do not want to see war retuning to the Balkans and so we need to open up to them,” he said.

But French President Emmanuel Macron, also speaking in Strasbourg on Tuesday, said he believed the EU needed to improve its internal governance first before opening up to new members.

“Would we have 30, 32 (member states) in a couple of years time? With the same rules that is simply not feasible,” Macron said.

Later on Tuesday, the European Commission will issue its latest annual report on the progress of negotiations with Western Balkan countries towards membership of the bloc.

Poland, Italy and Austria are among other EU countries in favour of stepping up efforts to open the bloc to the region, which has seen growing Russian and Chinese influence.