WORLD EU's ties with US among challenges for its new chief

EU's ties with US among challenges for its new chief 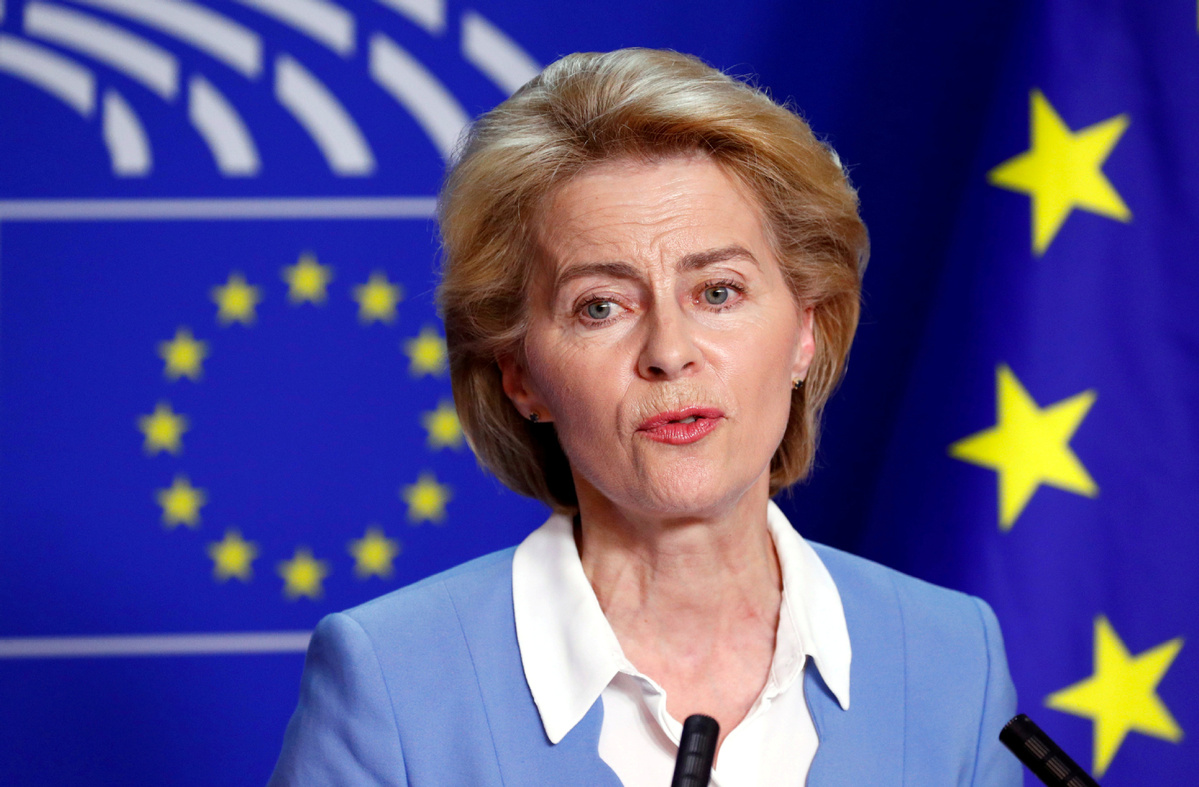 Ursula von der Leyen, the upcoming first female president of the European Commission, is expected to face multiple challenges in managing relations with the United States.

A trade war may be looming between the traditional allies in addition to their sharp differences on issues ranging from climate change and the Iran nuclear deal to multilateralism and the reform of the World Trade Organization.

Sabine Weyand, the European Commission's director-general of trade, said in Washington on Monday that the European Union would not be bullied by the threat of sanctions that it views as illegal under WTO rules, and will retaliate if the US imposes punitive tariffs on European cars, according to a Reuters report.

The US has threatened to impose 25 percent punitive tariffs on imported European cars in the name of national security, while the EU has said it will retaliate with its own tariffs targeting 20 billion euros ($22.4 billion) in US exports.

"We will not negotiate under WTO illegal action. Nor will we go down the road of managed trade," Weyand said at an event sponsored by the think tank Center for Strategic and International Studies.

Weyand and Deputy US Trade Representative Jeffrey Gerrish held talks in Washington on Monday and Tuesday. The talks came days after a renewed threat, made by US Ambassador to the EU Gordon Sondland in an interview with Politico, that the US remains ready to impose car tariffs, or other actions, with "immediate financial consequences" for the EU if there is no progress in bilateral trade talks, or if countries such as France and the United Kingdom go ahead with plans for a digital services tax.

France recently approved a 3 percent tax on revenue generated by large digital companies in its territory, targeting companies such as Google, Apple, Facebook and Amazon. A Washington Post editorial on Sunday said the digital services tax could set off another trade war.

The Office of the US Trade Representative launched an investigation into the case last week under Section 301 of the US Trade Act of 1974, which would give it the power to impose retaliatory tariffs in response to unfair trade practices.

Jean-Claude Juncker, the outgoing European Commission president, reached a truce with US President Donald Trump in July last year to hold off on carrying out tariff threats. But the two sides have failed to reach a compromise on key issues.

The US has demanded the inclusion of agriculture in the talks, but EU directives exclude any agricultural products. Cecilia Malmstrom, the EU's trade chief, reiterated last week that the EU is not ready to discuss agriculture as part of the talks.

Since the EU's trade negotiation directives are set by EU member states, von der Leyen does not have room for concessions. France has been firm against the inclusion of agriculture in trade talks.

Trump said in May that imports of cars and certain car parts from the EU and Japan "threaten to impair the national security of the United States" and directed US Trade Representative Robert Lighthizer to address the threat in trade talks with those countries in the following six months. The potential November deadline will come just days after von der Leyen takes office.

Shada Islam, the director of Europe and geopolitics at the Brussels-based think tank Friends of Europe, said von der Leyen has so far focused more on domestic EU policies than on foreign relations.

"Her focus will be on crafting a 21st century industrial policy and competition policy which will make the EU a more self-confident global economic actor," Islam said.

Islam said von der Leyen's key foreign policy priority will be to manage the troubled transatlantic relationship, with a focus on avoiding an escalation of trade tensions.

"Do not expect her to be 'softer' than Juncker, but she will try and get off to a good start. However, differences over Iran, the Middle East and trade are likely to make this difficult," Islam told China Daily.

In its summary for an upcoming report, Bruegel, an economic think tank based in Brussels, said the Trump presidency has created serious doubts in the US about the reliability and implications of the alliance.

"Moreover, the Trump administration has actively reduced the support it gives to the multilateral order and has used its unique position within the global economic order to extract immediate economic gains or secure geopolitical goals," it said.