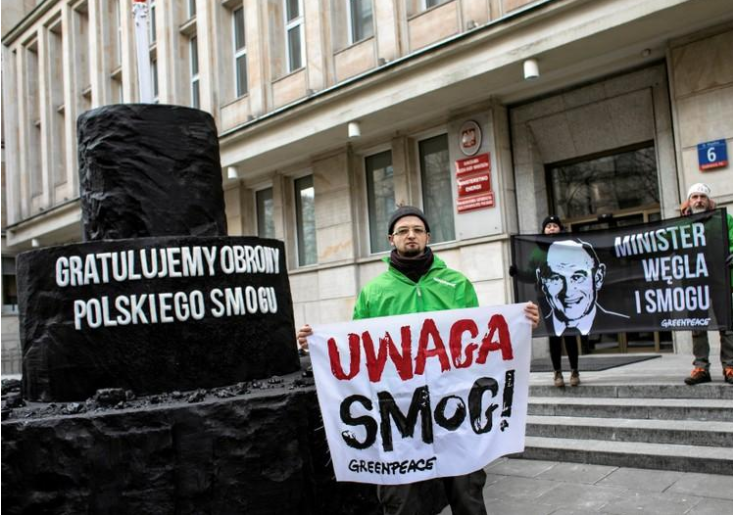 Greenpeace activists demonstrate on the street following the decision of the Court of Justice of the European Union (CJEU. Photo: Reuters/Dawid Zuchowicz

The European Union’s top court on Thursday said Poland had failed to uphold air quality standards, part of a wider EU battle to reduce deaths from airborne pollution which it estimates kills 400,000 people every year.

Environmentalists have called on Poland to take action to improve air quality, which in some places, especially in the south, can be worse than in Beijing and New Delhi, the world’s most polluted cities.

But activists said the ruling Law and Justice (PiS) party had been slow in introducing anti-smog regulations and complained to the EU.

The issue is one of several disputes straining ties between Warsaw and Brussels. This week the EU’s top court adviser said Poland breached the law with increased logging in its ancient Bialowieza Forest.

The European Commission took Poland to court over its slow response in addressing poor air quality caused by extensive coal and rubbish burning in homes.

The European Court of Justice ruled limits to regulate the amount of pollutants in the air had been “persistently exceeded.”

The air contained too much PM10, particulate matter smaller than 10 micrometers, which can damage health if breathed in.

Poland exceeded the daily legal amount of pollutants in 35 of its 46 “air quality zones” and nine of those zones also failed an inspection of the annual legal limit, the court said.

“Fighting smog is one of the government’s priorities. But we will not be able to do it within a year,” Prime Minister Mateusz Morawiecki told a conference after the court ruling. 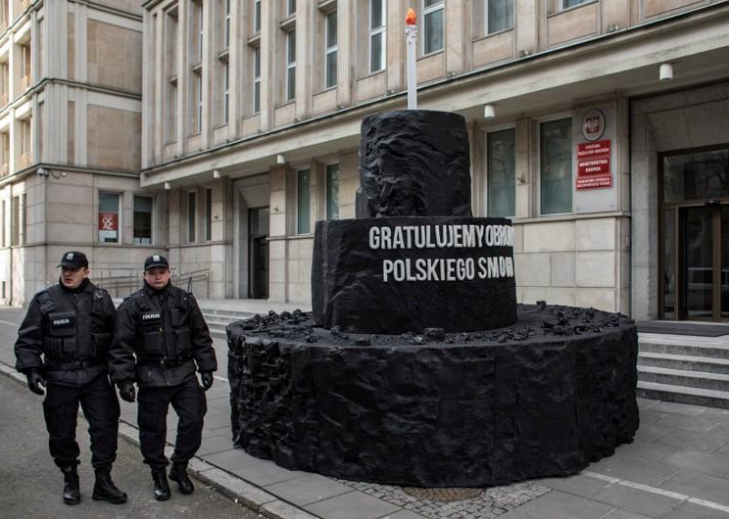 Police officers walk as the Greenpeace activists demonstrate on a street following the decision of the Court of Justice of the European Union (CJEU). Photo: Reuters/Dawid Zuchowicz

Piotr Wozny, a deputy minister responsible for air quality, blamed former governments for neglecting the problem and announced a pilot program to help 22 of the most polluted towns.

“We would like to agree with the European Commission the conditions of a special operational program for clean air,” Wozny said, adding Poland wanted to end the fight with smog by 2027.

Environmental group ClientEarth said if Poland continued to breach air pollution limits it could face “hefty” fines imposed as a result of another court process.

Poland’s Environment Ministry said there was no risk Warsaw would be penalized as a direct consequence of the court’s ruling on Thursday.

Last month, the European Commission warned nine other member states, including Germany and the United Kingdom, that it could take legal action if they did not present “additional credible, timely and effective measures” to tackle air pollutants.

All have submitted information to be evaluated, according to a Commission spokesman.

Targets introduced to reduce the amount of pollutants for 2005 and 2010 are being exceeded in 23 of the EU’s 28 members.