EU’s Tusk, Juncker bow out, new team to move in

BRUSSELS (AP) — The two men who have personified the European Union across the world in recent years are bowing out on Friday.

As of Sunday, Commission President Jean-Claude Juncker will be replaced by Germany’s Ursula von der Leyen at the head of the EU executive, and Belgium’s Charles Michel will succeed Donald Tusk as EU Council president and chair the summits of EU leaders.

Michel and Tusk warmly hugged one another at EU headquarters during the handover ceremony from the Polish Christian Democrat to the free-market liberal former Belgian prime minister.

Juncker, who previously was Luxembourg prime minister for almost 19 years, was set to meet with the media for a farewell encounter soon after.

Another ceremony is set for Sunday when the new team officially starts its term. 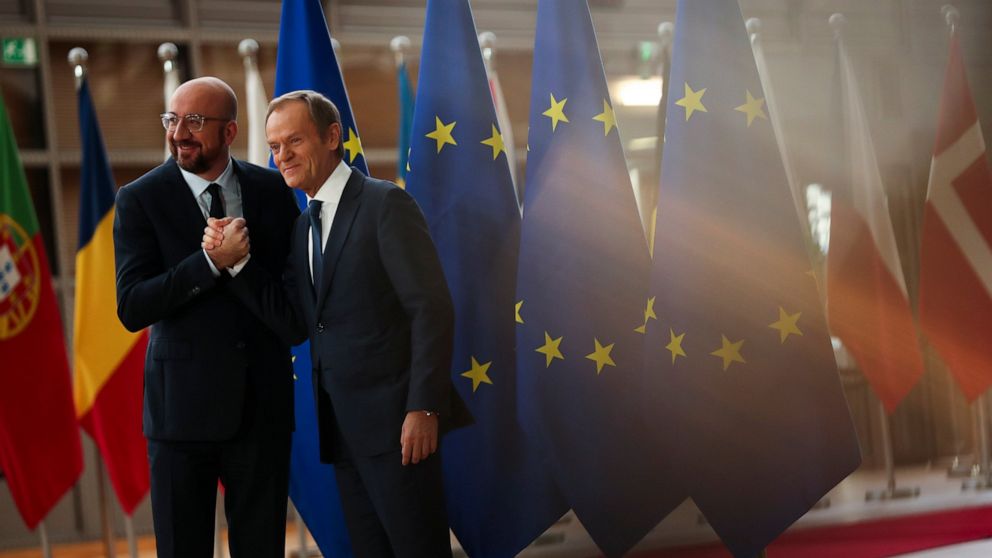