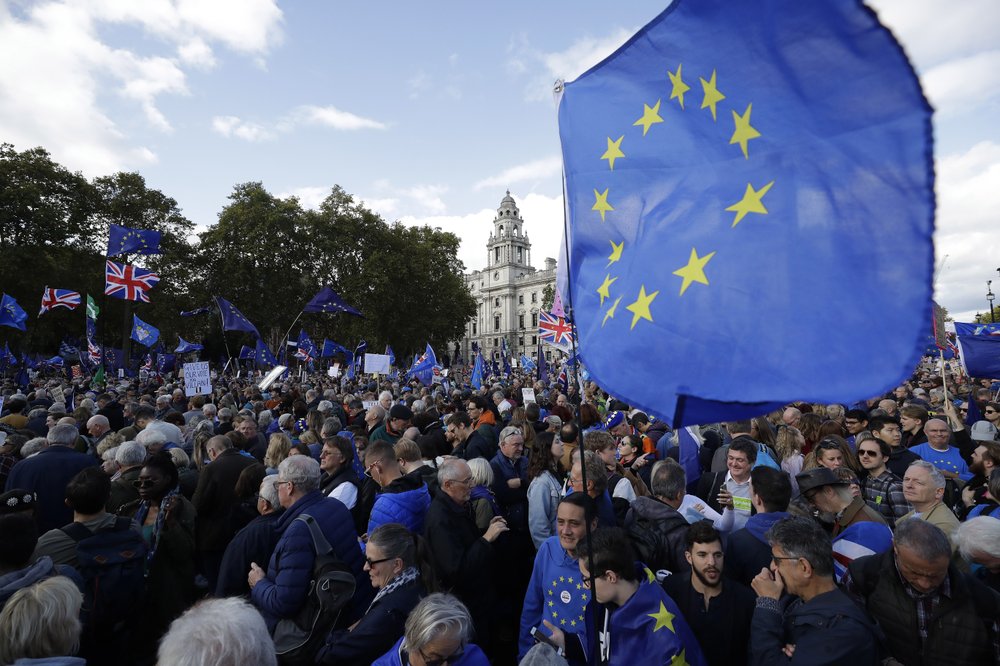 "The extension request has just arrived. I will now start consulting EU leaders on how to react. #Brexit", said Tusk on his twitter account.

According to some British media, Prime Minister Boris Johnson requested a further extension to the Article 50 negotiating period to Jan. 31, 2020 in the letter, but refused to sign it.

"The request will be accompanied by a second letter, signed by Mr Johnson, which will say he believes that a delay would be a mistake," BBC reported.

Hours before the letter, British lawmakers voted for a key amendment to force Johnson to seek another Brexit extension from the EU.

By 322 to 306, MPs supported an amendment put forward by former Conservative MP Oliver Letwin that will withhold parliamentary approval for Johnson's deal until parliament passes the EU withdrawal bill legislation.

Johnson said after the result was announced that he will present legislation next week in the House of Commons, with the intention of Britain leaving the EU at the end of the month.

He told MPs he will not negotiate a delay with the EU, adding that the law does not compel him to do so.