BRUSSELS, Jan. 6 (Xinhua) -- President of the European Commission Ursula von der Leyen called for a peaceful transition of power in the United States on Wednesday night, as violence erupted at the U.S. Capitol during a massive protest against the results of the 2020 presidential election. 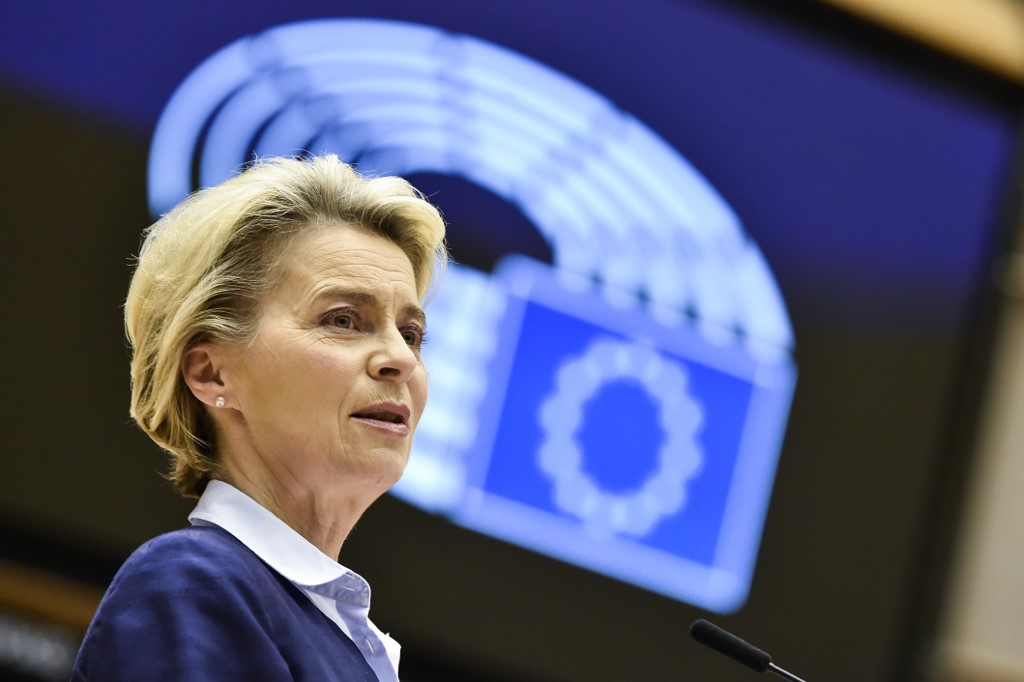 President of Commission Ursula von der Leyen delivers a speech during a session at the European Parliament, in Brussels, on December 16, 2020. (Photo: AFP)

Von der Leyen joined forces with British Prime Minister Boris Johnson who denounced the "disgraceful scenes" in Washington in a tweet and called for "a peaceful and orderly transfer of power."

The U.S. Capitol was breached by protesters on Wednesday afternoon, a tense situation that has forced proceedings to count Electoral College votes cast in the presidential election to halt.

Lawmakers were evacuated from the House and the Senate, as protesters supporting outgoing President Donald Trump, a Republican, forced their way into the building, which has been placed under a lockdown.