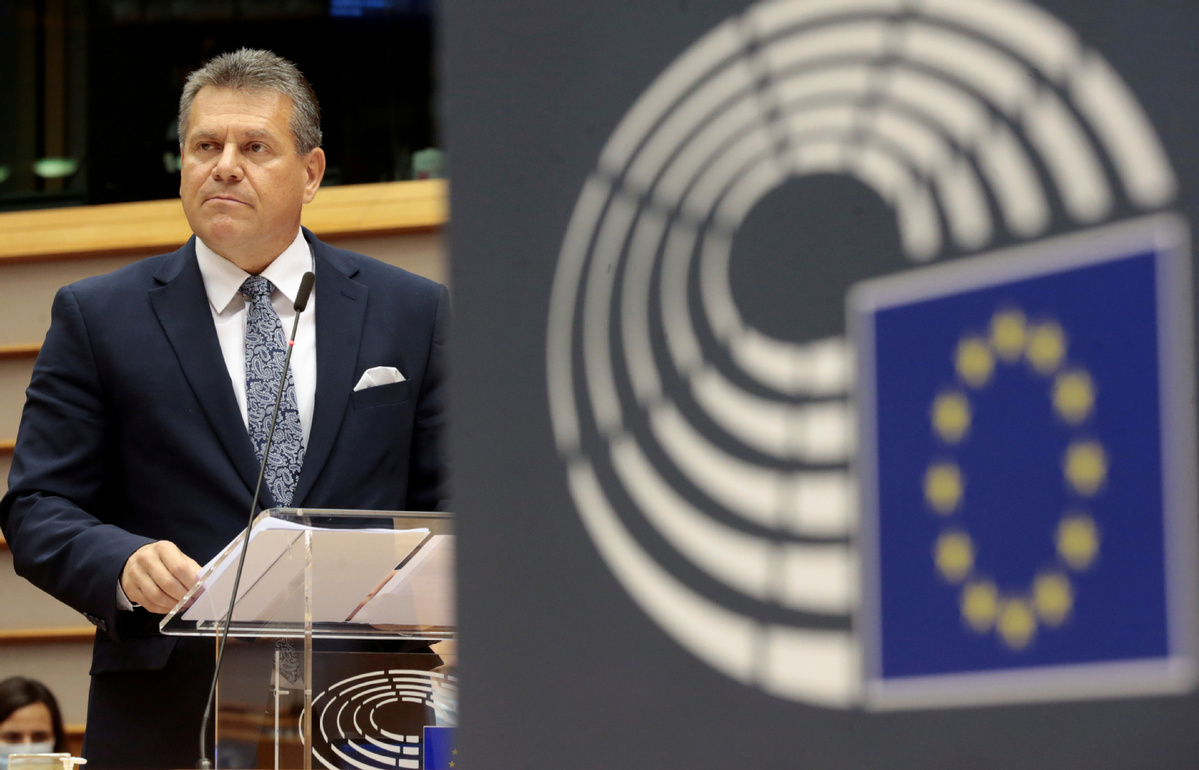 European Commission Vice President Maros Sefcovic looks on ahead of a report on last week special European summit at the second day of a plenary session at European Parliament in Brussels, Belgium Oct 6, 2020. (Photo: Agencies)

BRUSSELS — A top European Union official dealing with the United Kingdom said Tuesday that a cliff-edge rupture between the two without even a basic trade deal by the end of the year is becoming more likely by the day.

European Vice President Maros Sefcovic told the European Parliament that "time is short" to reach a deal before a Brexit divorce transition period ends by year's end, effectively giving negotiators less than four weeks to broker a deal which must subsequently go through a lengthy approval process.

And he pointed his finger at British Prime Minister Boris Johnson for making things even more difficult when he decided last month to introduce a bill that breaches the legally binding Withdrawal Agreement it struck with the bloc to make sure it could leave on Jan 31.

Sefcovic said it made Britain less trustworthy and called the plans "a heavy blow to the British signature and reliability. Respecting agreements is first a matter of law, but also of trust and in good faith."

He said the plans left the EU with no choice but to launch legal action against Britain. If passed into law, the Internal Market Bill would undermine the EU's previously agreed oversight of trade to and from Northern Ireland, which is part of the U.K and shares a border with EU member Ireland.

The bloc is furious that Britain plans to breach portions of the withdrawal treaty that were put in place to maintain an open Irish border, which has underpinned peace since Northern Ireland's 1998 Good Friday accord.

Sefcovic said the EU would never change anything to the Brexit divorce deal. "The full and timely implementation of the withdrawal agreement is simply not debatable," he told the European Parliament.

Under such adversarial conditions, negotiators from both sides continue to look for common ground to broker a rudimentary trade deal to avoid a barrage of uncertainty, tariffs and red tape that would hurt economies on both sides when the transition window ends on Jan 1.

But while negotiators have inched close to agreement in many areas during six months of talks, they remain deadlocked over European fishing boats' access to UK waters, and over the level of support governments can give to industry. The EU is concerned that British plans to subsidize sectors such as technology will amount to unfair competition.