EU seals deal for up to 1.8 bn extra BioNTech/Pfizer doses

The EU has concluded a deal with BioNTech/Pfizer for up to 1.8 billion extra doses of their Covid-19 vaccine, European Commission chief Ursula von der Leyen said on Saturday. 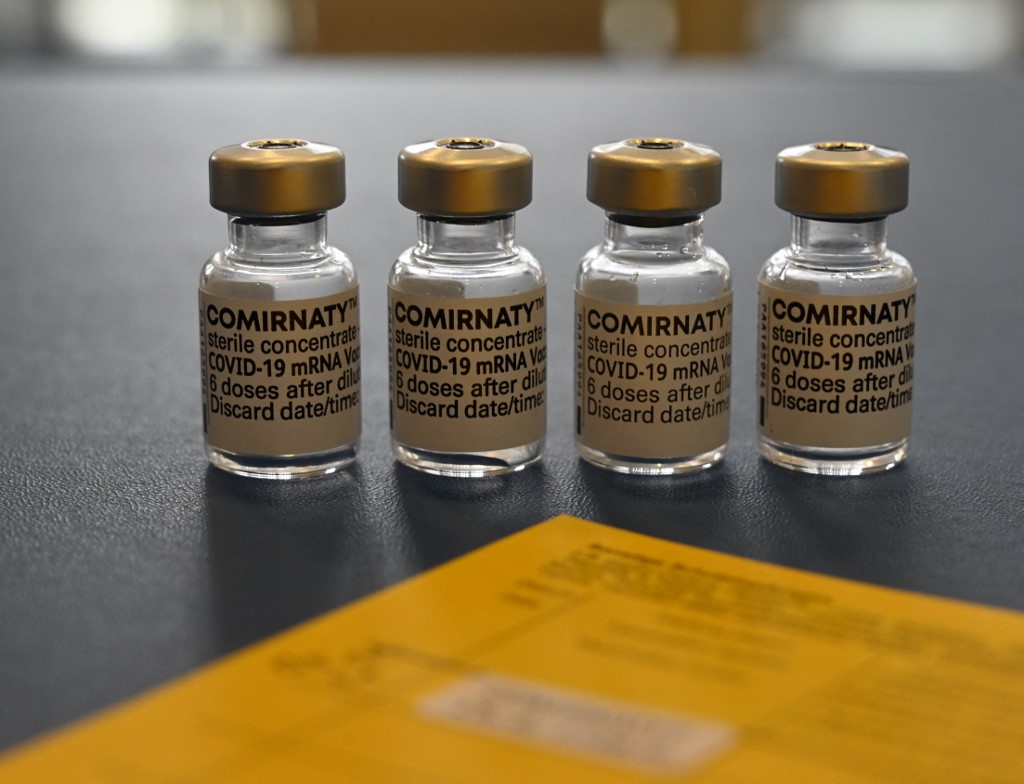 Used vials of Pfizer-BioNTech's Comirnaty COVID-19 vaccine against the novel coronavirus stand next to a vaccination card in a doctor's practice in Suhl, Germany, on May 6, 2021.(Photo: AFP)

"Happy to announce that the EU Commission has just approved a contract for guaranteed 900 million doses (+900 million options) with BioNTech/Pfizer for 2021-2023," she tweeted from an EU summit in Portugal.

"Other contracts and other vaccine technologies will follow," she promised.

The contract, on top of the 600 million BioNTech/Pfizer doses the commission has already secured, aims to supply the bloc -- population 450 million -- with enough jabs for booster shots, the EU said.

They could also expand vaccination to minors and for exports to lower-income countries outside the EU, it added.

Von der Leyen has said that the mRNA technology used by BioNTech/Pfizer and other vaccine-makers has proven safe and effective.

BioNTech of Germany and Pfizer of the United States have stepped up supply Europe with their jointly produced doses, and their vaccine is currently the main one being used in the EU.

Others in the EU vaccine portfolio include those from AstraZeneca -- which delivered far below the quantities it had promised, and whose jab has been tarnished by a link to very rare blood clots -- as well as from Moderna and Johnson & Johnson.

After a slow start, the EU's vaccination rollout has greatly picked up speed, with more than a quarter of its population having received at least one jab.

The 27-nation bloc is on track to have 70 percent of adults fully vaccinated by late July, and is already cautiously reopening ahead of its vital summer vacation period.

Von der Leyen has stood by the EU strategy of her Commission being responsible for negotiating vaccine contracts for all member countries, despite early criticism that rollout was too slow.

Europe is now debating with the United States over whether lifting patents on Covid vaccines could boost supplies to poorer countries.

The EU has so far sent more than 200 million doses to non-EU countries, while the United States has dispatched just 2.7 million to Mexico in what it describes as a "loan".

The head of the World Health Organization, Tedros Adhanom Ghebreyesus, tweeted that "Europe’s role in the world is more critical today than ever as we fight Covid-19," adding that it "shows when we collaborate on common causes we are stronger together".

The European Union is major contributor to Covax, a WHO-backed facility designed to get doses to mainly lower-income countries.