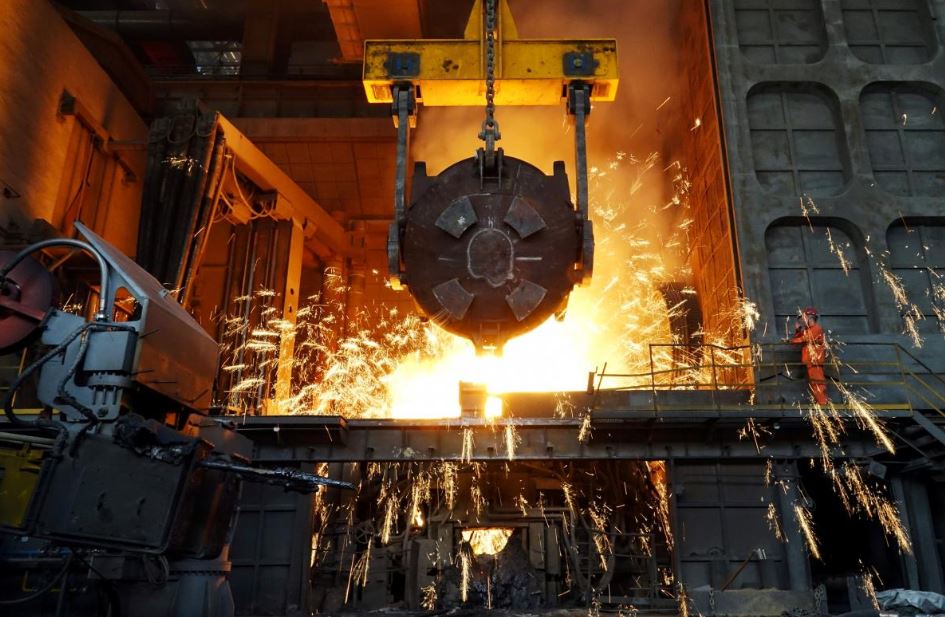 A worker works at a furnace at a steel plant of Dalian Special Steel Co Ltd in Dalian, Liaoning Province on April 8, 2018. (Photo: Reuters)

Brussels (People's Daily) - The European Union (EU) has asked to join the World Trade Organization’s (WTO) consultations requested by China in connection with the introduction of US import taxes on steel and aluminum, the WTO said in a statement on Monday.

This request was made just a week before US President Donald Trump decides whether the tariffs should apply to Europe as well.

"The European Union (the EU) hereby notifies the Government of the United States, the Government of China, and the Dispute Settlement Body that, in the light of its substantial trade interest, it desires to be joined in the consultations requested by China in a communication circulated to WTO Members on 9 April 2018," the statement said.

The EU is presently among the list of WTO members excluded from the tariffs, but the exclusion is temporary.

"Should the exclusion not continue to be in place, then the EU's exports would be impaired significantly by the US measures," The EU said.