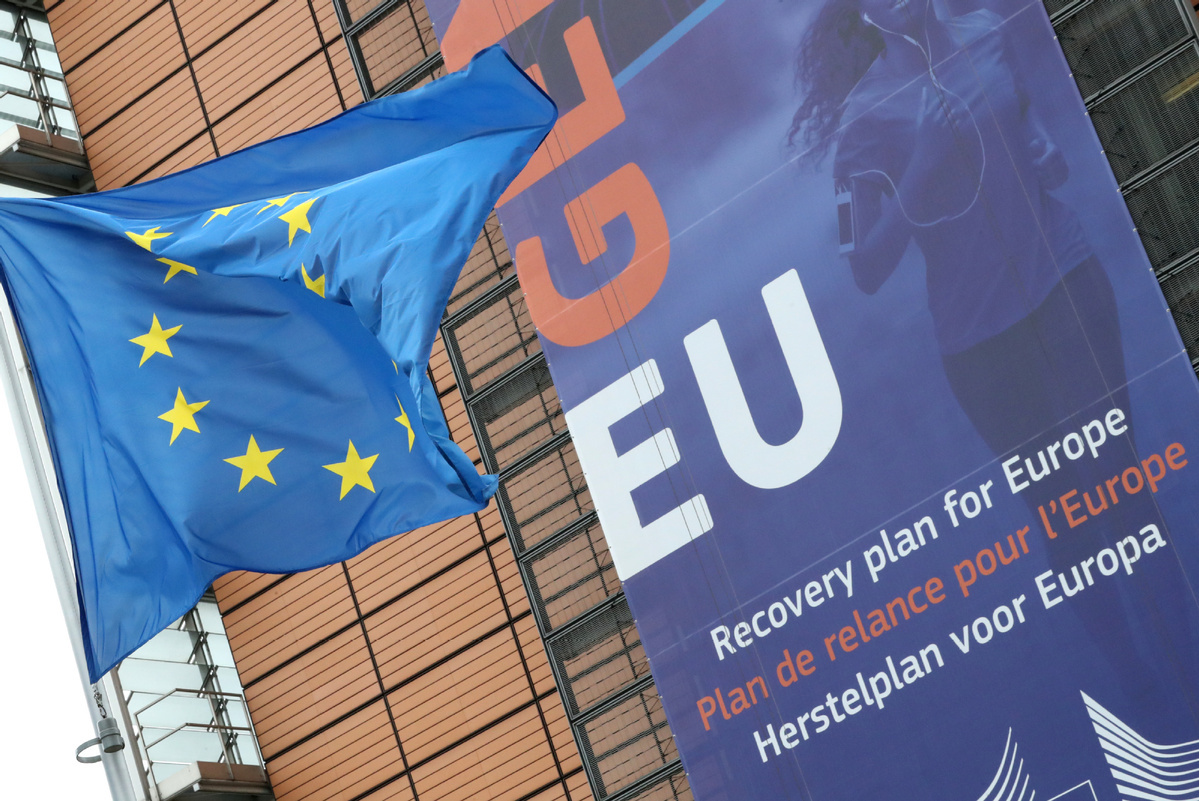 The European Union's recent agreement on a long-awaited recovery fund to boost national economies after the COVID-19 pandemic may have forged a cautious sense of unity, but it remains to be seen if the deal will steer member states away from populism and out of hardship caused by the outbreak.

The 750 billion euro ($881 billion) package will be made up of grants and low-interest loans, which will be spent over the next few years. It was negotiated alongside the EU's upcoming 1.074 trillion euro seven-year budget, which is known as the Multiannual Financial Framework.

Four days of summit talks, almost the longest in EU history, culminated with the landmark deal on July 21 that overcame clear political differences and the fact that the bloc's hardest-hit nations－primarily Italy, Spain and France－will benefit the most.

Observers say EU leaders realized that ultimately they had to act to avoid economic divergence within the eurozone that would stoke deeper dissatisfaction toward the union and feed populism in those nations most damaged by the crisis.

Pascal Lamy, a former head of the World Trade Organization, told the Financial Times: "It will give the pro-European constituency in Italy and other states a lot of ammunition against their critics－provided that in two or three years' time voters have actually seen the color of the EU's money."

Needs to be approved

Exact details of how the money will be distributed have not yet been released, as roughly a third of the funding will be determined by economic data in 2020 and 2021. The deal will also need to be approved by the EU Parliament, and implementation won't be certain until it is rubber-stamped in January 2021.

European Council President Charles Michel said it was the first time members of the EU were "jointly enforcing our economies against the crisis", and that this is "a good deal, this is a strong deal, and most importantly, this is the right deal for Europe right now".

French President Emmanuel Macron described the agreement as a "historic day for Europe". But not so, according to the Netherland's Prime Minister Mark Rutte, who said "that's a word I wouldn't use".

The Dutch were in favor of loans, not grants, and haggled with EU leaders to change the original proposal from 500 billion euros in grants, down to 390 billion.

They succeeded, and managed to negotiate a bigger rebate in return, alongside Sweden, Denmark and Austria－the self-proclaimed "frugal four".

Against considerable odds, Brussels will now have the power to borrow hundreds of billions on the financial markets and hand it out as budgetary support to member states.

Observers say it is a political triumph for Macron and Europe's most powerful leader, the German Chancellor Angela Merkel, and that the agreement paves the way for deeper fiscal integration.

Marta Foresti, director of the global think tank Overseas Development Institute, believes it is "a sign that the European project is alive and kicking".

In a blog post, Foresti said: "Most importantly, it is a signal that even with the looming nationalists' threats, it remains in the interest of most countries to cooperate in the face of adversity."

But its critics say it is not explicit enough on the governance reforms required to implement it, and on the rules that will regulate conditionality.

During the talks, leaders amended plans to link countries' allocations of recovery money to the actual harm done by the pandemic, rather than relying on any growth data from before the crisis broke.

A tussle between leaders of Italy and the Netherlands led to the implementation of a governance mechanism that will allow an individual member state to raise objections if another member nation appears to be failing to fulfill its reform policies in return for the money it receives.

Another issue of contention was a mechanism that proposed beneficiary member states to abide by EU democratic values and rule of law principles in order to keep the funds flowing.

Hungary and Poland pushed back against these proposals, forcing a compromise, but, "given the majority required for penalties, it is extremely unlikely that the protection mechanism will ever be used effectively," said Germany's Suddeutsche Zeitung newspaper.

The BBC's Europe reporter Gavin Lee asked Macron whether he felt that the frugal four had damaged the European project with their hard bargaining.

Macron said: "We learn a lot from each other in these conflicts… It's legitimate that we have different sensibilities", adding, "If we don't take into account the realities, we'd put these leaders in a difficult spot and it would favor the populists."

Merkel sees the wider picture. When asked about the new power balance in the EU and the emergence of the frugal four as a major player, Merkel said that during the last negotiations on the EU budget, former British prime minister David Cameron's view loomed large. She added: "Now he is no longer with us, others have come to the fore. There is a new dynamism."