BRUSSELS, July 18 (Xinhua) -- A special summit grouping heads of state and government of the European Union (EU) member states on Saturday failed to reach consensus on its multiannual budget and an ambitious recovery plan designed to lift the bloc out of the crisis triggered by the coronavirus pandemic. 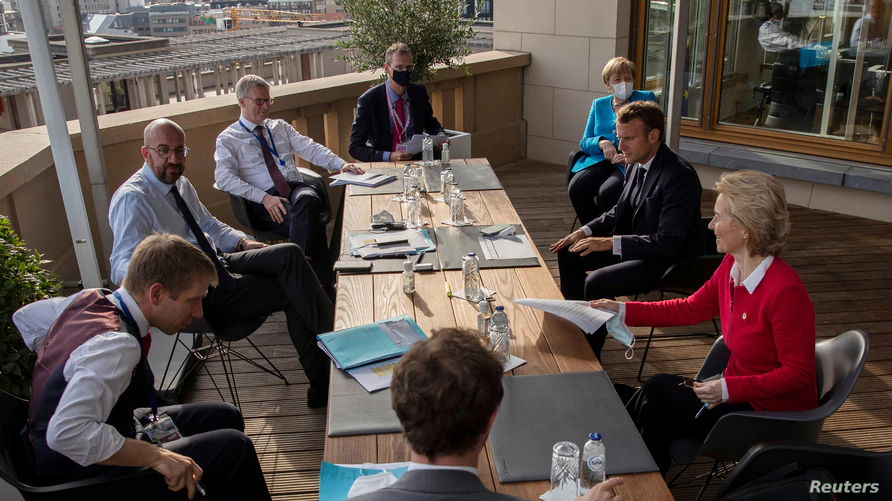 The leaders will reconvene on Sunday noon, a spokesman for the European Council President Charles Michel said on Twitter late Saturday night. The summit was supposed to run from Friday to Saturday.

The summit, the first face-to-face one since the outbreak of the pandemic, came at a critical moment as the bloc is seeking a consensus on the European Commission-proposed 750-billion-euro recovery plan. The next seven-year EU budget worth more than one trillion euros is another focus of the summit.

In the debt-financed 750-billion-euro recovery plan, 500 billion euros will be paid as non-repayable grants to crisis-hit countries and 250 billion as loans. But the EU member states differed greatly in discussions on Friday.

The Netherlands, Denmark, Sweden and Austria, nicknamed the Frugal Four, opposed the non-repayable grants, and called for linking aid to reform plans, while Spain and Italy, the hardest-hit countries by the pandemic, called for reaching the consensus as soon as possible.

As the host of the summit, Michel proposed a compromise on Saturday, cutting the portion of the grants in the recovery fund to 450 billion euros from 500 billion and an "emergency brake" on disbursement would be added.

Michel held eight-hour one-on-one discussions and then explored further solutions before asking all 27 leaders to dinner together. The positions were apparently still too far apart for an agreement.

Italian Prime Minister Giuseppe Conte on Saturday afternoon described the negotiations on the recovery fund as unexpectedly difficult. According to him, there were still many unresolved problems, and the ratio of grants and loans remained controversial.

However, Austrian Chancellor Sebastian Kurz said that "things are moving in the right direction."

The talks are complicated because the recovery fund is negotiated in a package with the bloc's next seven-year financial framework, which is largely based on contributions from the countries.

In addition, Hungary and Poland refused to link the recovery grants to compliance with the rule of law in the future.