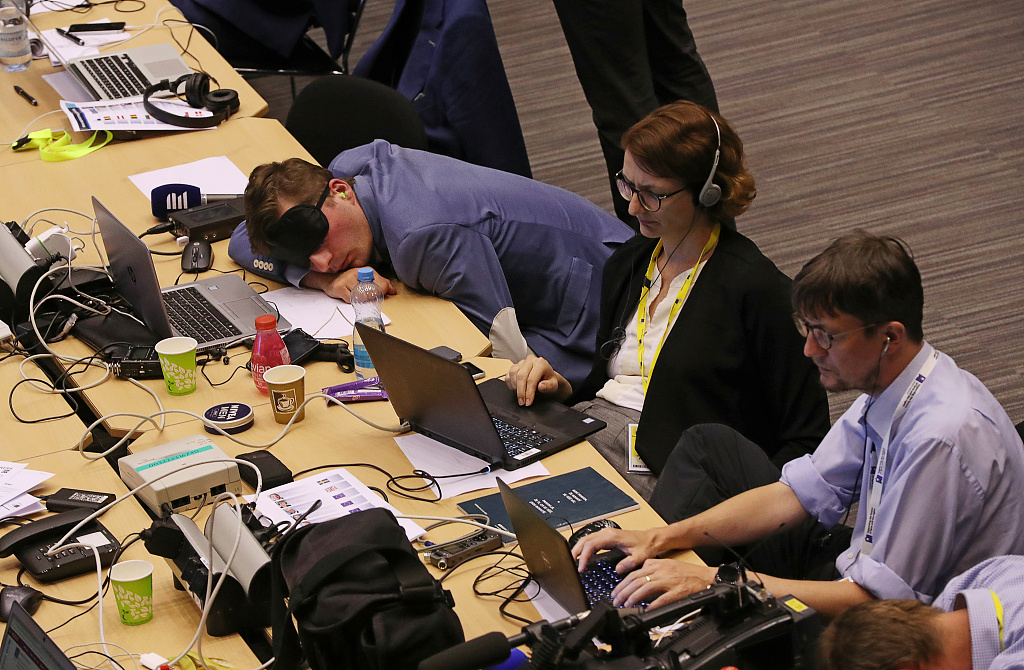 Journalists sleep while waiting for the end of a European Union leaders summit that aims to select candidates for top EU institution jobs, in Brussels, Belgium July 1, 2019.  (Photo: VCG)