European leaders will gather Wednesday for a summit to put summer tensions over migration behind them and to set up the last stretch of talks for a Brexit deal. 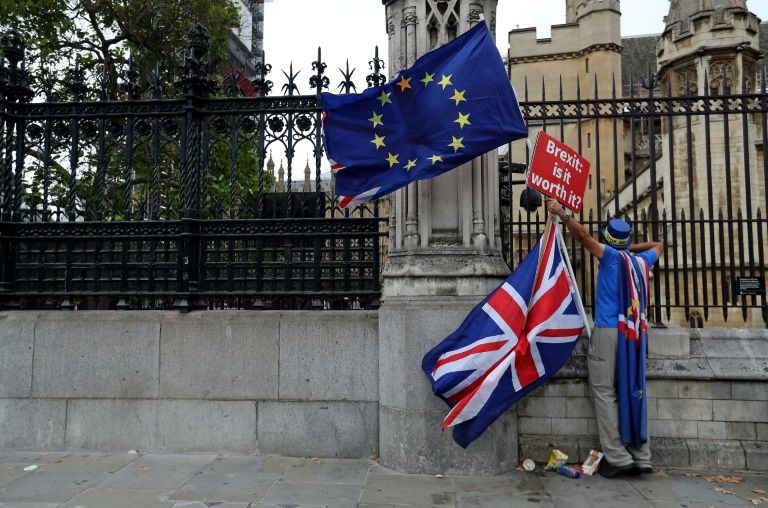 The European Union's top officials face intense pressure in the coming weeks to seal a divorce deal and a plan for future ties with Britain to avert a chaotic exit in March.

In effect, the Salzburg gathering has become the first in an expected series of three summits in successive months to finalise London and Brussels' break-up.

EU negotiator Michel Barnier insisted Tuesday that the long-planned October 18 summit in Brussels remains the "moment of truth" for his team and his British counterpart.

But he appeared to tacitly accept that more talks would follow, when he said of October: "We will see if an accord is within reach and we'll see if the Irish issue is solved."

By "Irish issue" the French official meant efforts to ensure that Britain's decision to leave the union does not result in the reimposition of a "hard border" between Northern Ireland and the Irish Republic.

British Prime Minister Theresa May will brief her 27 EU counterparts on the state of the Brexit talks at a dinner hosted by Austrian Chancellor Sebastian Kurz on Wednesday.

The leaders will then meet without May on Thursday to discuss the hurdles to a deal and a parallel statement on future relations with Britain.

Officials said that 80 percent of the divorce settlement is agreed, but that progress must be made quickly on Ireland and on the parallel political statement that will lay out a blueprint for future relations.

London wants a detailed timetable for building trade ties in exchange for paying billions of euros the Union says it is owed in dues.

"We will discuss how to organise the final phase of the Brexit talks," EU Council President Donald Tusk said, in a letter inviting the 28 leaders to the informal summit.

They will consider, he added, "the possibility of calling" a special summit in November after having initially set October's formal summit as the deadline.

November would still give the British, European and member state parliaments enough time to debate and ratify the terms before March 2019, when Britain would otherwise crash out without a plan.

"Unfortunately, a no-deal scenario is still quite possible. But if we all act responsibly, we can avoid a catastrophe," wrote Tusk, who organises EU summits.

EU officials and many British experts are worried that a no-deal Brexit would damage economic and financial ties between the globe's biggest trading bloc and one of the world's leading economies.

A senior EU official told reporters it was possible the two sides might settle on arrangements that would include specifics, but leave wiggle room to allow for clarifications during a transition period through 2020.

In Brussels for pre-summit briefings, Ireland's foreign and trade minister Simon Coveney warned a deal must be found by the October summit instead of being allowed to drag into November.

The EU has proposed that Northern Ireland stay aligned with the remaining 27 bloc members after Brexit as part of a "backstop", or insurance policy to avoid the reimposition of border checks.

But Britain, fearing the EU proposal would break up its territory, has suggested instead that the whole country remain aligned with the EU in certain areas, but only until the end of 2021.

The summit will also seek to ease tensions over migration after a summer showdown with Italy's populist government.

Italy has repeatedly turned away rescue ships carrying hundreds of African migrants to force other member countries to share responsibility for them.

The migrants were finally relocated to member states and non-member Albania on an ad-hoc basis, but EU countries have so far found an overall solution elusive.

They have yet to work out ways to implement proposals agreed at a June summit to set up centres in Europe and north Africa to separate genuine refugees from economic migrants who could be deported.

The EU is still confronted with the refusal of Hungary and other former communist eastern countries to admit asylum seekers, particularly from Muslim countries.

Tusk, who chairs the council of EU member state leaders, has played down expectations on migration.

"I am hoping that in Salzburg we will be able to put an end to the mutual resentment and return to a constructive approach," he said in the invitation letter.

Cover photo: Therea May will brief her EU counterparts on the state of the Brexit negotiations