The European Union summoned Russia's ambassador to the bloc on Monday to condemn Moscow's decision to bar eight officials from entering the country, which the Kremlin said was in retaliation for sanctions imposed on Russian citizens by the EU.

The protest is the latest in rising diplomatic tensions since the start of 2021, when Moscow expelled European diplomats during an official visit by the EU's high representative.

The EU has in turn angered Moscow by demanding the release of Kremlin critic Alexei Navalny, while blacklisting more Russian officials for human rights abuses.

Russian Ambassador to the EU Vladimir Chizhov was summoned "to condemn the decision of the Russian authorities from last Friday to ban eight European Union nationals from entering the territory of the Russian Federation," the EU Commission said in a statement.

"Ambassador Chizhov was informed of the strong rejection and firm condemnation by the EU institutions and EU member states of this decision, which was purely politically motivated and lacks any legal justification," the EU executive added.

In the meeting with Chizhov, the EU representatives also recalled Russia's expulsion of Czech diplomats and executive order to draw up a list of so-called "unfriendly states," according to the statement.

The EU representatives expressed "their grave concern for the cumulative impact of all these decisions on the relations between the EU" and Russia, and noted that the EU reserves the right to take appropriate measures in response. 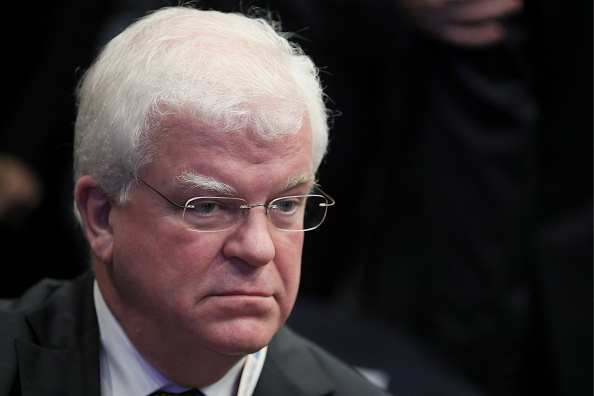 Russia said on Friday those banned included Vera Jourova, vice president for values and transparency at the executive European Commission, and David Sassoli, the president of the European parliament.

"The importance of diplomatic efforts to rectify the current unhealthy situation in the dialogue between Moscow and Brussels was stressed," Chizhov said in a statement after the meeting, adding the Russian side had reaffirmed its readiness for this endeavor.

The EU will consider its next steps at a meeting of foreign ministers next week but may also look to the Council of Europe, a non-EU body of which Russia is a member, for ways to respond to what Brussels says are continued Russian rights abuses.

Moscow has called on the EU not to interfere in its internal affairs and denies any wrongdoing.

The EU imposed sanctions in March on two Russians accused of persecuting gay and lesbian people in the southern Russian region of Chechnya. The EU also imposed sanctions on four senior Russian officials close to President Vladimir Putin in March.