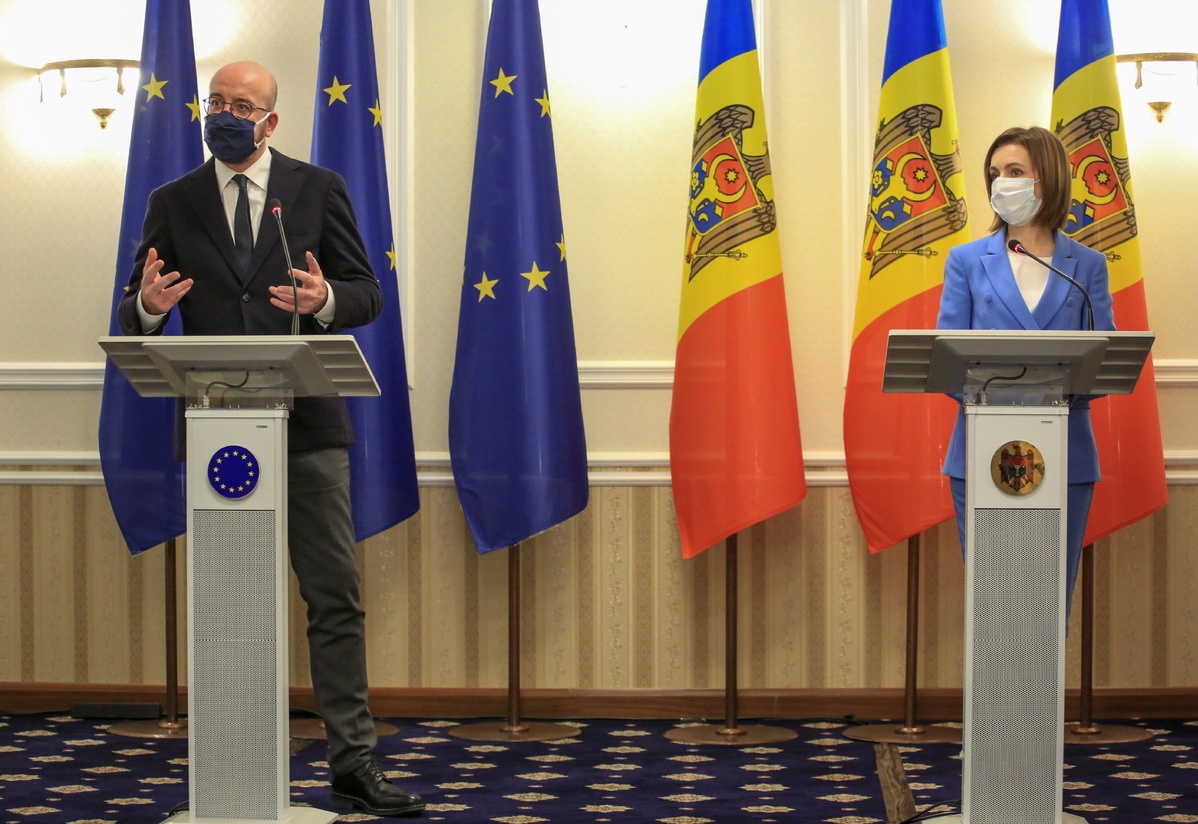 "I am sending a clear message of support from the European Union for further reforms and the fight against corruption," Michel said while meeting with Sandu during his visit to Moldova, according to the presidency's press service.

"The EU is a reliable partner of the Republic of Moldova," said Michel, who was visiting the capital of Moldova, the first leg of his journey to Moldova, Georgia and Ukraine between Feb 28 and March 3.

"Fighting corruption and strengthening the rule of law are the only way forward. The president's very ambitious agenda is the right direction to strengthen relations with the EU," said Michel. "Our support goes hand in hand with reforms," he said.

For her part, the Moldovan president thanked Michel for the EU's sustained and sincere support for her country.

"Your decision to visit our country is a clear signal of support from the European Union for our citizens. Thank you for being with Moldova in this difficult period," said Sandu after her talks with Michel.

"Reform and anti-corruption fight need the support of the parliament. The sooner we hold early parliamentary elections and confirm a government with full parliamentary support, the better for my citizens," she said in a statement.

Moldova entered a political stalemate because of the conflict between the head of state and the majority of the parliament, as the country's Constitutional Court on Tuesday declared unconstitutional a presidential decree, under which Sandu named again a prime-minister designate soon after the latter was rejected by the parliament in a vote of confidence, a move that will bring a snap general election in case of another veto by the parliament.

Under Moldova's constitution, an early parliamentary election is triggered if parliament fails twice to vote in a new government.