BRUSSELS, May 26 (Xinhua) -- An ongoing spat between the European Union (EU) and the pharmaceutical company AstraZeneca over the latter's alleged contract breach is being decided at a Brussels court on Wednesday. 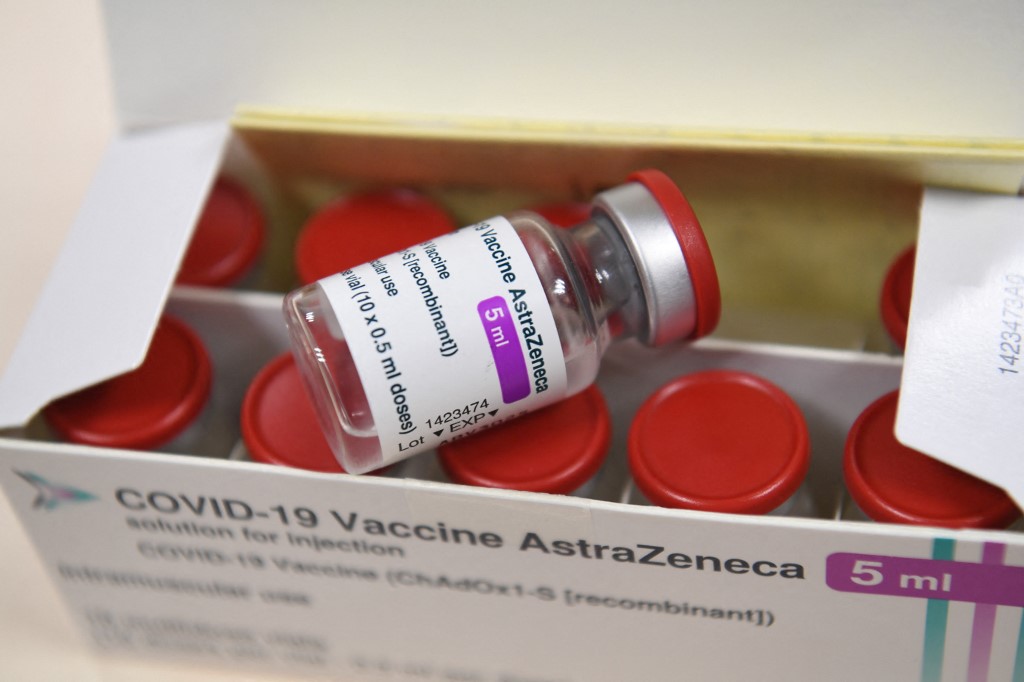 In this file photo taken on February 6, 2021 a box containing vials of the AstraZeneca Covid-19 vaccine is pictured at the Foch hospital in Suresnes. (File photo: CFP)

The EU seeks big fines issued to AstraZeneca over an alleged breach of a contract concluded last summer, in which supplies of COVID-19 vaccines that were promised to all 27 member states failed to deliver.

During an emergency hearing, the EU accused AstraZeneca of postponing deliveries so the Anglo-Swedish company could service Britain and other countries.

If the company is found guilty, it will be forced to take certain measures to make up for delays in manufacturing and supplying vaccine doses to the bloc.

Specifically, the EU has claimed that the terms agreed in the contract have not been respected, and AstraZeneca failed to implement a viable strategy to ensure supplies of the vaccine were delivered on time in full.

EU's lawyer Rafael Jafferali told the Brussels court that AstraZeneca expects to deliver the total number of contracted doses by the end of December, but added that "with a six-month delay, it's obviously a failure."

European Commission President Ursula von der Leyen said on Twitter earlier on Tuesday that half of EU adults would have received their first dose of the vaccine this week, as 300 million doses are delivered, and 245 million doses administered.