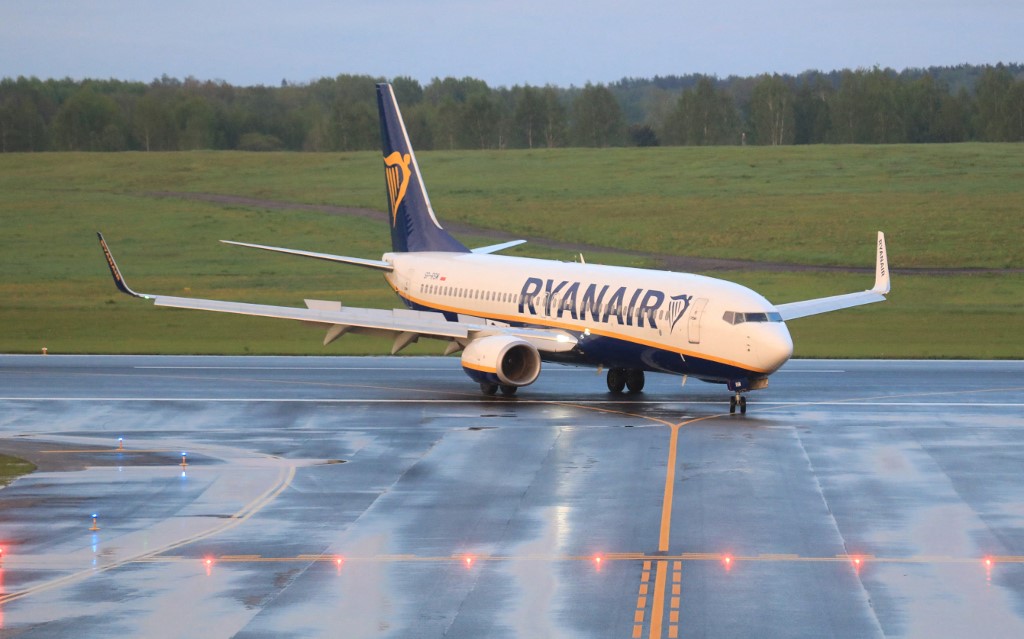 According to the conclusions of the special EU summit on Monday, the 27-member bloc strongly condemned the incident which endangered aviation safety and called on the International Civil Aviation Organization to urgently investigate "this unprecedented and unacceptable incident."

Leaders of the member states urged the European Council to adopt the necessary measures to ban overflight of EU airspace by Belarusian airlines, prevent access to EU airports of Belarusian flights, and called on all EU-based carriers to avoid overflight of Belarus, according to the conclusions.

Irish airline Ryanair said in a statement on Sunday that its flight FR4978 from Athens to Vilnius was notified by Belarusian authorities of "a potential security threat on board" and was "instructed to divert to the nearest airport, Minsk."

"Nothing untoward was found," it added. The flight later took off again and landed in the Lithuanian capital at 9:25 p.m. (1825 GMT) Sunday night after a seven-hour detour.

In an updated statement on Monday, Ryanair "condemns the unlawful actions of Belarusian authorities," calling it "an act of aviation piracy."

"This is now being dealt with by EU safety and security agencies & NATO. Ryanair is fully cooperating with them and we cannot comment further for security reasons," it informed.