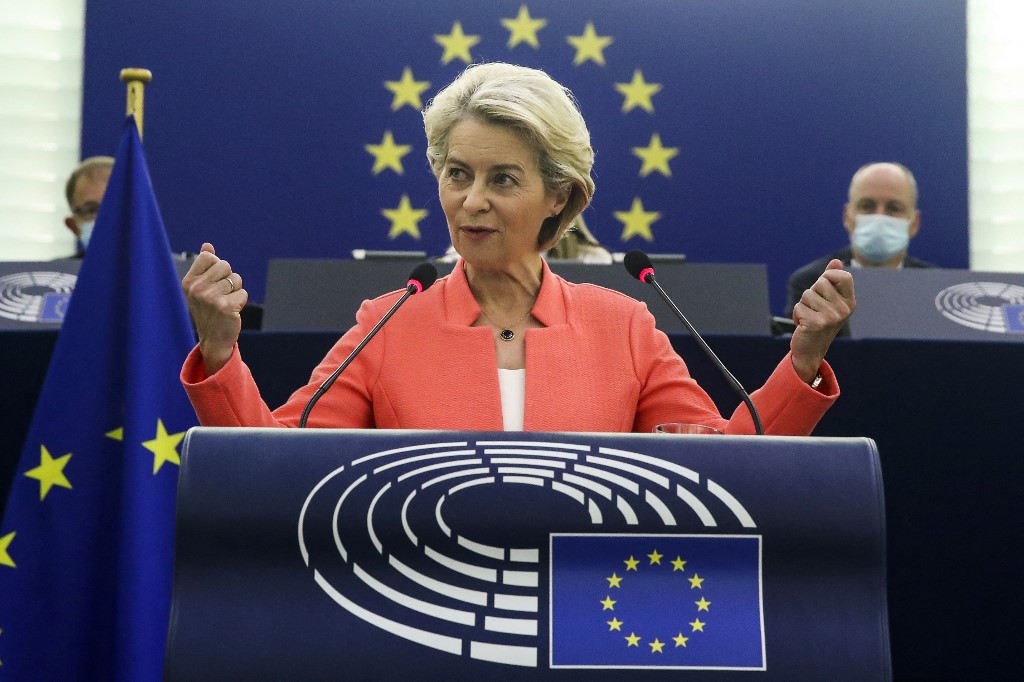 European Commission President Ursula von der Leyen delivers a speech during a debate on "The State of the European Union" as part of a plenary session in Strasbourg on September 15, 2021. (Photo: AFP)

The EU is to donate another 200 million Covid-19 vaccine doses to low-income countries, more than doubling its present pledge, the bloc's chief Ursula von der Leyen said on Wednesday.

"I can announce today that the (European) Commission will add a new donation of another 200 million doses until the middle of next year. This is an investment in solidarity, and it is an investment also in global health," she told the European Parliament in her annual State of the European Union address.